I received an Audible code for a free copy of Kaylin Peyerk‘s Stolen by her Wolves. 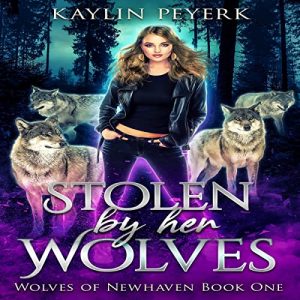 As one of the final surviving members of a brutal shifter clan, I’ve been chained and imprisoned for my entire life by my human uncle for the sole purpose of keeping other humans safe from me.

At least that’s his excuse.

Solitude and pain are all I’ve known, so when four men show up claiming to be my saviors I’m not exactly receptive to the idea. Sure, I’m grateful that they’ve busted me out of my own personal brand of hell, but that’s about as far as the gratitude goes. Now I have no money, no pack, and nowhere to go unless I take them up on their offer to transport me safely to Newhaven, a sanctuary for omega wolves deep in the woodlands of Alaska.

With no other choice left, I take it while vowing to keep my distance for the week-long trip. But as time passes my guard falls, leaving me conflicted and suddenly vulnerable to the charismatically handsome group of men. Will I make it to Wolfhaven without falling for them, and do I really want to?

This is a reverse harem wolf shifter romance with themes of abuse trauma, overcoming it, and learning to trust the ones you love.

I suppose this was ok. The writing is fine. The idea of the found family pack bond is fun. That two of the mates are also involved is nice. The inclusion of the fae connection is interesting. Alyssa Rogge did a fine job with the narration (even if everyone sounded a bit on the young side). And I very much appreciate that Peyerk didn’t include rape in the torture Talia endured. It wasn’t needed for the story and I appreciate that it wasn’t there just for shock.

Unfortunately, the book just didn’t light me up in any way. I feel like we don’t really get to know the MCs very well, the beta and sub-alpha especially. They all just kind of merged into a mate-group blob. There’s one fairly bland sex scene with one mate that kind of springs out of nowhere. So, the romantic aspect is a bit of a dud.

There are several inconsistencies, contradictions, and instances of people suddenly knowing things they hadn’t been told and had no way of discovering. But mostly, even though this book is almost 300 pages (5+ hours of audio), it feels like an extended prologue or introduction to a series, rather than a book of it’s own. Basically nothing happens.

And here I’m going to have a little rant, not so much about this particular book but about the state of the genre or industry in general. I cannot truly express how tired I am of reading books that don’t end—not cliffhangers, but books that are just part of a story with no wrap-up or conclusion—that just are basically the first 3rd, or 5th, or 15th of a story.

I think this started with Amazon and the free book crazy. Authors now write a teaser first book to give away as a freebie and it often has an open ending to temp the reader to buy the next one. But as a reader, I am so sick of these books. I would 100% rather just pay for a complete story and skip the teaser bit. The problem is that you never know what book is one until you’re already finishing it. I’m tired, so very tired, of giving my time to books that have no ending. So tired in fact, that I usually don’t bother finding the rest of the series (for fear the next book will be the same). So, I’ve started just considering these books wastes of my time. Can the industry move on from this now? I’m ready. 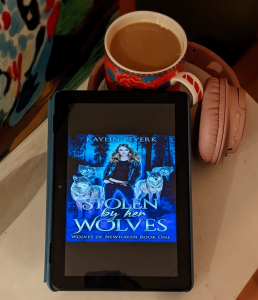