I bought a the Pride 2021 Story Bundle, earlier this year, and Eboni Dunbar’s Stone and Steel was included in it. 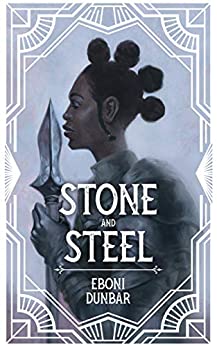 When General Aaliyah returns triumphant to the city of Titus, she expects to find the people prospering under the rule of her Queen, the stone mage Odessa. Instead, she finds a troubling imbalance in both the citizens’ well-being and Odessa’s rule. Aaliyah must rely on all of her allies, old and new, to do right by the city that made her.

I liked this a lot. It’s not perfect. For a person who grew up without legitimate connections, Aaliyah turns out to gather some surprisingly powerful allies (largely without trying), which felt too coincidental. The version I read didn’t make it clear enough when speakers were changing. So, dialogue was sometimes hard to follow. (I don’t know if this was just formatting or what.) And as a not huge fan of novellas, I, of course, wish it was longer and more developed. But, for such a short piece, it does what it sets out to do. It evokes a real sense of place and time, gives you characters you care about, is chocked full of diversity, and wraps up with a satisfying conclusion. I’ll happily read more of Dunbar’s writing. 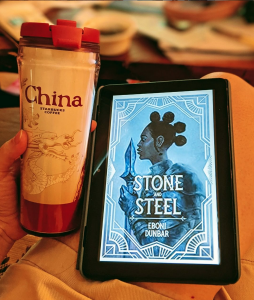