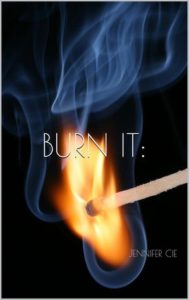 I’ve had Burn It on my TBR for three years. I received it as a review request from the author, Jennifer Cie, but it never appealed to me. So, it languished. I randomly came across it on my kindle, this afternoon, and decided to give it a read.

Description from Goodreads:
With the rest of her life ahead of her, Jennifer Cie is taking a step back. As she reflects on what was once next, Jennifer dives into the past, finding mortality in no longer remembering how magical the world felt as a child, apologizing for the moment she realized she could not be her Prince Charming’s Cinderella, and lamenting the idea that in death people forget “there doesn’t have to be a dead body in the room”. A collection of “what I wish someone would’ve told me” narratives exploring youth, love, and death, the reader is taken on a riveting ride through Jennifer Cie’s past as she accepts the present.

Review:
Arg, reviewing memoirs of living people is hard. Reviewing living peoples’ memoirs that deal with their hurts and traumas is even harder. Because, in a very real sense, there is no way to separate the writing from the events. Oh sure, the author doesn’t have a firm grasp of formatting or needs to invest in far better editing is possible, but the writing of the story is irrevocably linked to the unchangeable events of their lives and criticizing one is critiquing the other. So, rather than try, I’m going to set down here a series of impressions I had while reading the book.

So, maybe not really a review, but there you have it. These are the main thoughts that jumped out at me while reading Burn it. Pass it out to female college Freshman. 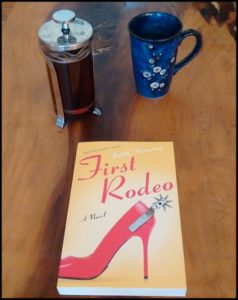 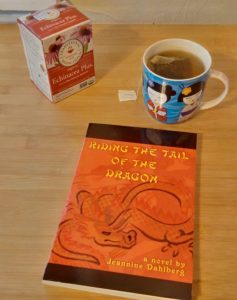 I picked up a copy of Riding the Tail of the Dragon at Goodwill. I do love my $0.70 books. I chose it for three reasons. For one, the author is from Saint Louis, which makes her local to me. Two, it’s signed and personalized to someone, which always ignites my imagination. And three, that author picture is everything to me right now. I’m not making fun. The book is fifteen years old and styles change. But it’s a Bedazzled Glamour Shot! Man, what a 1980s flashback that is. 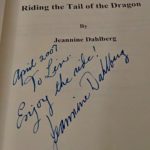 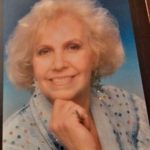 Description from back of book:
Forces of feng shui and a powerful, benevolent Chinese dragon create a whirl of excitement for Seth Coleman as he pursues his search for Rachel Ramsey, an heiress who is presumed to have survived the ravages of World War II in Paris.

Leaving Paris, the trail to find Rachel expands to Macau via the Panama Canal and Hong Kong. Traveling aboard a tramp steamer, murder, mystery and intrigue manifest to a compelling plot, which continues to the shores of Hong Kong, the island of Lantau and Macau.

Seth gains maturity during his adventurous holiday. The Orient, with its mystical beliefs in the ancient Chinese theory of feng shui, opens a new dimension for Seth in learning about the principles of harmony and balance in nature with its influences for good or evil. There is a choice, and Seth’s decisions affect his consequences, igniting energetic support from the invisible world of the Chinese dragon.

This ancient, antediluvian creature, which symbolizes power, fertility and well being in the Far East, is from the beginning of Seth’s adventure his protective guardian.

A man now wiser in worldly matters emerges at the end of his journey to capture the essence of friendship, loyalty and love.

Review:
Wow, that was…not very good. The story was sweet and all, but it was basically a series of unbelievable coincidences that allowed a young man to leave America for France and trace a woman, who’s adoptive name he didn’t even know, to a whole different country with no trouble…none at all. I mean, he just happened to stay at the one hotel where someone could tell him this. Just happened to meet the one girl who could connect him to just the right person to tell him that. Just happened to hire the one ship that would lead him to here. Just happened to hire the one coolie that would help him with that. At every stage he met the right person, was in the right place, said the right thing, such that there was no tension, no conflict, no difficulties present to him. None. Then there was insta-love on top of everything else.

What’s more, until the end of the book, when the draft for the Korean war was mentioned, I didn’t know the time frame for the novel. Post-WWII was all I knew, as gas was still rationed in France. And being that it was just after the war, I had trouble believing that people were so willing to give the main character information about the family he was seeking, as they were in hiding. Why were so many people so willing to disclose their location to this American stranger? And if you were in hiding would you continue to go by, not only your same name, but title as well (General bla, bla, bla)? I’m sorry, nothing in this book was believable. I thought the blurbs mention of Feng Shiu and a dragon meant that there might eventually be a magical explanation, but no.

I was also a little uncomfortable with the othering of the people of the China and Macau. It was subtle and I suspect unintentional on the part of the author, but definitely present. As was the subtle way females were shown as less competent. You have a female secret agent and a daughter raised to be part of a military-like force and both are left out of all the action. When guns were passed out only men received them, even the one who had no military training at all. While the closest either woman came to being active in her own defense (even though present) was passing her knife to a man. And when one later made a major decision in her life, she first asserted, “My father agrees…” This being the adaptive father in another country, who had nothing to do with the decision being made. But can’t have a woman deciding things without a man, oh no. Can’t have that.

None of this was helped by the head hopping, stiff writing and stilted dialogue that used names and titles far too frequently to feel natural or the way it’s almost all tell instead of show. So, while I believe the author was aiming for a sweet, affirming, love story it was a basic fail for me.

What I’m drinking: You guys, I’m not well. I have a cold…maybe mild flu. I don’t know, but I’m hacking half my lungs out and am stuffy as all get out. So, I’m drinking my body weight in echinacea tea.