I received an ARC of A Grimoire For Gamblers, by Amanda Creiglow through Netgalley. 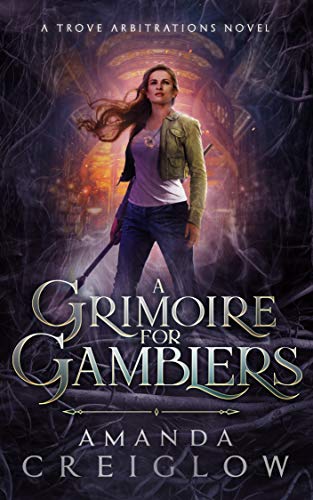 Magic may be secret, but it’ll kill you anyway.

But uncovering her father’s secrets could be the only way Elizabeth can stop a string of suspicious suicides… if the local wizard doesn’t rip the memories out of her mind, first.

I generally enjoyed this. I liked the way Elizabeth thought things through and was able to hold multiple facts to be true at once. I liked her, as a character, and thought her adventure to save everyone was a fun one. I did think some of the Hail Mary saves actually working were a little too convenient to believe and the plot drags a little in the middle. But I always enjoy supernaturals who aren’t human and therefore don’t follow human logic or mores. And we have that in spades here. So, all in all, it’s a thumbs up from me and I’ll be looking for the rest of the series when it comes out. 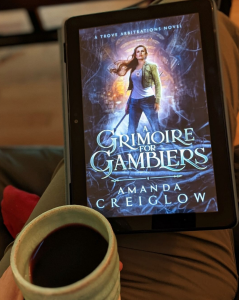