I accepted a copy of Awakening from the author, Jennifer Leigh Pezzano, for review. 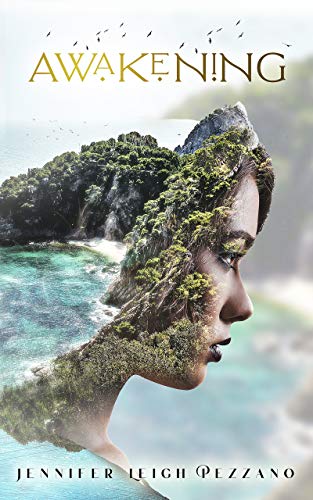 Jezebel is a solitary woman with a haunted past. Running a business in a small coastal town, she clings to the predictability of her days, seeking refuge in the silence. When an enigmatic new client comes into her life, she is drawn to him, unaware of the link she holds to his own tangled history.

He offers her a seductive proposal, and she is propelled into an entrancing world of pleasure that shatters her reality, and deeply alters her sense of self.

But underneath all his magnetism and power lies the human complexities of a grieving man running from his shadows. Will August surrender his centuries of pain and allow Jezebel fully into his life? And will Jezebel be able to navigate the landscape of what he has to offer?

Delivering a new meaning to the vampire archetype, Awakening is a multi-layered, sensuous, paranormal love story that reaches through the curtain of time. The intricate ties that connect these two to one another will forever transform the course of their lives, stretch the fabric of their reality, and awaken within them something deeper and more profound.

This didn’t work for me. Certainly, the writing and the editing are fairly clean, though I think the writing won’t work for some people. It’s very purple. I don’t personally mind that, as I think it’s pretty. The writing here is quite lush. My only complaint being how frequently Jezebel’s name is said (too frequently). But anyone sensitive to purple prose will likely be put off. And I liked the idea of connecting to greater, collective energies. Plus, look at that gorgeous cover! But so very much of the rest of the book bothered me.

First off, I was bored breathless. This book rambles on and on, with literally entire seasons passing in a matter of pages and more time dedicated to describing the weather than whatever actually happens in that section of the book.

But what really bothered me was two-fold. It was the dismissive way that the whole middle section of the book is dedicated to August’s dead wife and then she’s just dismissed, a place-holder, existing solely to affect August and to gift the future Mrs. August a gift. Of no real importance on her own.

And it was the way everything centers on the all-knowing, perfect man. Jezebel meets him, learns from him (because he’s sooo much more worldly and knowledgeable), is improved by her association with him, and gives up her whole apparently meaningless life to run off with him…TWICE. Two clueless Jezebels come to him, fall in love, run off into the sunset, and learn to live because of how amaaaaazing August is. Men apparently hold the key to meaningful knowledge and a satisfying spiritual and emotional life, or at least this one does.

This was exacerbated by how quickly the relationships developed. They went from meeting to sex at light speed. Then there’s some lag and separation, and then they went from sex to love immediately. But the reader never really saw why, when, or how either party fell so desperately in love. August especially had some pretty big hurtles to get over and, even having finished the book, I still don’t know when or why that happened with Jezabel², as opposed to any other Giver.

All in all, I don’t think this is an inherently bad book. It, no doubt, will find its audience. It’s beautifully written and does have a gratifying moral it’s trying to impart. I’m just not the reader to appreciate it. 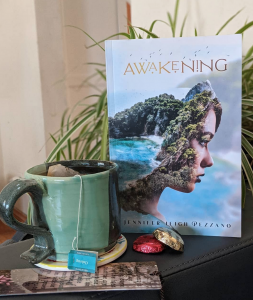