Man, I’m a softy. I really am. I keep saying I don’t particularly care for short stories. It’s even in my policies. But people still send them to me as review requests. “Please review my 26 page book,” the request will say and I generally want to scream, “That’s not a freakin’ book.”

Yes, even I’ll admit that if it was in hand in a physical format, with a cover and actual pages, I’d have to begrudgingly accept its existence as a book. But as an e-copy, I don’t consider short stories books I consider them just that—stories—that you could publish several of in a book. All beside the point, obviously, other than that this is my blog and I don’t run a ‘short story review’ but a ‘book review.’

I tell myself to just delete them, but that feels…I don’t know, wasteful. I may not really want to read them, but if I delete them no one will ever be able to read them. It doesn’t really make much sense when discussing a digital format, I know, but that’s still how I feel. So, I keep them and eventually I always seem to give in and read them. I usually end up writing a ‘clearing off the shelf’ post, just like this one. I bet I do it twice a year.

So, in an attempt to get some short stories off my review shelf (because they really do clutter everything up), here are a few short words on some of the stories that have been sent to me by their authors. I know I’ve had a bit of a rant, but despite short stories not being my preference, I gave each one a fair shot.

Reunion of Souls, by Paul Lonardo 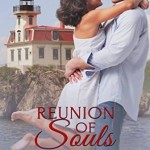 OK, I’ll be honest, sappy romance is not my thing and this is super sappy romance and not much else. So, I wasn’t particularly predisposed to enjoy it. I gave it a shot though, sometimes stories surprise you. This one did not. Not only is it super sappy, but it’s hollow. Essentially a girl hasn’t seen a guy since high school and barely knew or noticed him then. But on receiving an invitation to their 5 year reunion she immediately thinks of him and KNOWS, just knows, he is the one. They meet back up and fall instantly in love, just as she knew they would. That’s basically it. There are a few inspired moments in the writing, but it was almost entirely a dud for me.

Little Guide to Enjoy Life: A Simple Path to Self-Confidence, Happiness and Success, by Myriam Chery 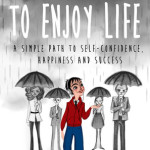 It’s basically what’s on the tin. It’s a small book that reminds you to be positive, confident and mindful in life. There is a definite “Duh” element here, but I believe it really is meant as a reminder rather than a lesson learned anew. And in that regard it’s a sweet, quick read with some lovely illustrations. I do wonder if the author noticed that she made almost all of the bad examples (the person who keys a car instead of asks for his job back, the person who blackmails someone instead of blames himself, is petty and concerned with a boyfriend instead of a job) female. I suspect a little of America’s underlying sexism slipped in. 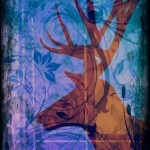 This novella and I had some serious disagreements. The least egregious of them being that it was largely written as tell and not show and I felt absolutely no connection to any of the characters as a result.

More problematic for me was how very cliché some aspects of it were. The villain is a scorned woman. Seriously, is there really no other reason a woman might turn bad than over a man? It’s a literary device that I am simply bored to tears with (and becoming slightly offended by).

Most troubling however was the fact that it kind of misses its mark as a myth. Ancient gods and goddesses were often depicted as representatives of chaos or destruction or even evil, but they were just that, representations of a recognizable aspect of humanity that usually had a converse somewhere. Their madness or pettiness or jealousies were part of a bigger picture. To me, Belovaya was just an evil, jealous woman with godly powers. There was no sense that she played a part in a pantheon, that there might be a balancing persona (be it hers or in another) anywhere that gave her existence purpose or context.

Meh, this one was a miss for me.

The Afterlife Decision: The Offer, by Michael Smith 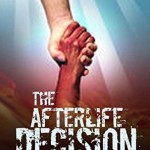 Here is a note I made after reading the 1st page: “Desperately needs some editing, not least to address punctuation (especially around dialogue, periods seem to be used instead of commas and commas seem missing in other places), apostrophe usage and repetition like the fact that prison officer is used 6 times in one ~135 word page (and the word prison once more too boot).” And that was from the 1st page without looking purposefully for errors. And my opinion didn’t change by the time I reached the end. There are a number of repetitions “Steven’s cell mate,” for example and grammar/punctuation is a mess.

The story itself, has potential (the idea) but it’s very rushed and not well set up. What’s more, notice the “Chapter One” in the title. This is LITERALLY the first chapter in a longer work. There is no conclusion or even a suggestion of one.

On a special side note, I find it especially interesting that this author chose to send me this for review. He emailed the proper address, which suggests that he read the policies (yay). But those same policies state, “…with the exception of self-help, Christian fiction and short stories there isn’t much that I’m unwilling to read.” So, sending me a Christian short story is the obvious thing to do if seeking a positive review. Yes? I still gave it a fair shot though. 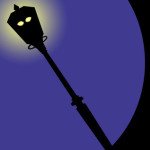 Rushed, under developed, cliched and clumsily written. Plus, the title is never explained.