I accepted a review copy of Ann Denton‘s Defiant (The Feral Princess, #1) through Love Book Tours. It also promoed on Sadie’s Spotlight. 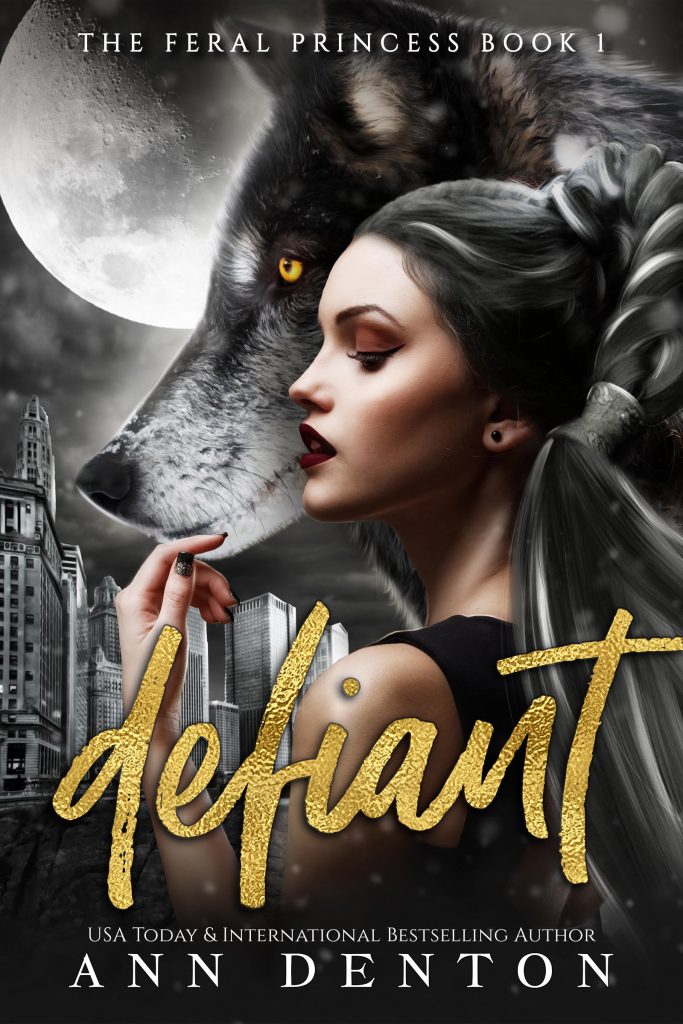 In shifter life, what’s more important? Your human mind? Or your wolf’s?

When my wolf appears for the first time, I’m so overjoyed that I don’t think, I just run into the forest…and smack into Black Maddox, the leader of my pack. Only…he doesn’t believe that I’m what I say I am. He insists that I’m part of a rival pack and locks me up in his basement.
Black’s twice my age, insanely powerful, and has a streak of darkness running through him a mile wide and an ocean deep.
He’s exactly the type of man that I always swore I’d stay far away from. I should stick with Jonah, the beta I know and trust, the man who’ll give me everything I ask for.
But what if there are things I didn’t know I ever wanted before? Things I don’t know how to ask for?
The shadow Black casts drenches me, his depravity soaking into my skin.
He’s going to destroy me if I don’t escape him.

I discover pretty little Elena helpless in disputed territory.
At first, I want to crack her open, this wide-eyed temptation who derails me. I want to shatter her and those who sent her into tiny pieces. I will not be manipulated or deceived by her false innocence.
That’s what I tell myself. But even as I say it aloud, my obsession grows and the spell she weaves leaves my wolf and I both panting.
But once I realize Elena’s a special type of shifter, the rarest of the rare, and the most precious of them all… I don’t want to crush her. I want to chain and keep her. I want to make her beg for mercy, but not because she’s broken.
Because she’s mine.
I want her desperate and aching for me in ways she’s never been before.
My wolf and I will claim her, mark her, marry her and keep her.
Only one thing’s stopping me.
The entire shifter world wants her too.

While true dub-con is something that only ever really exists in fiction,* it is safe to say people accept, read, and even enjoy aspects of it in a book that would be considered heinous and problematic in real life. It works because of the established, if largely unspoken, compact between the author and the reader that the heroine (in this case) is actually safe, nothing outside bounds will happen, and it’s possible to hold both the position of wanting and not wanting something in a way that isn’t allowed in the real world. So, my complaint isn’t about the dubious consent or even that Black is such an anti-hero as to almost not qualify for the hero label at all. (Though, having sex with someone who is asleep does kinda push my boundaries a little. And was questionable behavior for the character, considering how many times he’d emphasized not wanting to force her into sex because she’d hate him afterwards. Ummm, isn’t that the same thing?)

It’s simply that I really struggle when love, passion, lust—whatever you want to call it—is based on WHAT a person is instead of WHO a person is. In this case, Elena is an omega and all alpha wolves want an one. They want IT (an omega), not HER (Elena). And I realize this is often the case in Omegaverse books, but that doesn’t make it any more appealing to me.

Similarly, Black says to himself that he likes his women in their twenties. Again, it’s a WHAT, not a WHO. Elena, as a person, is irrelevant. She’s wholly replaceable. (What happens when she is in her forties, will she be replaced by the next bright young twenty-year-old?) Such scenarios are like sand under my skin, irritating my attempt to immerse myself in a sex scene, or believe a burgeoning relationship, etc. I can roll with the punches of dubious-consent—explore those power dynamics or questions of powerlessness, etc—and still enjoy it.

I have a harder time accepting women gleefully being treated as objects and being expected to find it sexy. Sure, like with dub-con, I could say it’s exploring societies’ treatment of women, or the gendering of power, etc. I’m not saying I should always be able to read dubious consent for feminist content (though certainly exploring those themes could be), but the WHAT versus WHO question is one of my person limits. Though everyone will have their own. I can see and respect that the WHAT versus WHO issue has a place in literature. I just have a hard time reading it personally. It’s just one of my discomforts as an individual.

The book is not unaware of its own use of this trope. At one point, Black acknowledges, “If you had any other kind of pussy…” referring to what marks her as important and at another, Jonah questions, “How can I leave her here with Black, knowing that she’ll only ever be seen as a thing, not a person?” It’s this fact that allowed me to decide to continue the series. I’m hoping some of this will fall away; that this is the author giving Black room for personal growth and he will eventually see her as a person, as Jonah does.

Well, that’s not the only thing. I loved Jonah. I know Black is supposed to be the dark, dangerous, star of the show here, but Jonah stole it for me. I adore him.

All in all, an interesting (if not perfect for me) read. I’m looking forward to seeing how things work out. I’d hate to see anyone go into this without knowing what they’re in for, but as long as you dive in with your eyes wide open all should be well.

*I accept that there might be situations in which consenting parties agree to contracts or simply enter into scenarios in which the idea of consent is allowed to be flexible—playing out rape fantasies, etc. A lot of discussion could happen around this. But for the purposes of my point, I’ll just say that in such cases the limits of consent are established and agreed to by both (all) parties, therefore it’s not truly dubious in the same manner as in dubious consent plots like Defiant‘s. 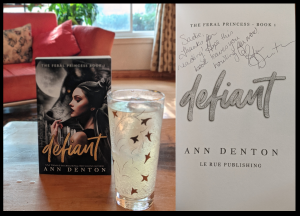 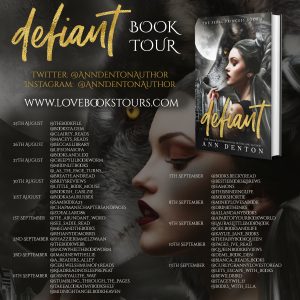