I do this thing sometimes, where I go to Amazon, limit my search to paperback books available through Amazon prime, in a certain genre, and then order them by lowest to highest price. It’s fun to see what the algorithm throws at me for like 2 bucks. If it offers up something halfway interesting and not number 37 in a series, I buy it and read it. It’s not so much about getting a cheap book, it’s about the chaotic joy of letting mysterious math and fate recommend a book. That’s how I ended up buying myself a physical copy of Fae Bound, by Verity Inkwell and Aspen Winters (a book I’d never heard of). 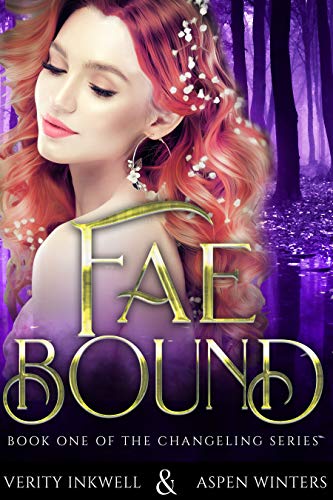 My name is Amelie le Fae, and I am a human Changeling. High King Oberon declared long ago that Changelings had to marry and stay within the realm. I’m a bit of a different case.

I was born a witch, and being brought to the Underground realm only increased the potency of my magic. Unfortunately, Oberon had a clause ready for Changelings like me. Upon our three-hundredth birthday, we must be bound to no less than three mates.

Every fae in the Underground would give their left leg for the chance to be bound to a witch. The problem is, I want love. So, I’ve kept my magic hidden from suitors for two-hundred and ninety-nine years. I’m running out of time.

This had a very simple plot, very little world-building, and basically no character development. But it was still a fun little sexy romp. Amelie needs to find no less than 3 men to marry in the next few days. Because, despite having had 300 years to do this, she’s waited until the last moment and not even bothered to learn anything about the requirement. (She’s 300, but this still reads like YA. Partly because of her lack of concern or knowledge about her own situation, but also because of the sort of interactions the characters have with their parents.)

Luckily, all she has to do is stand still and the men will throw themselves at her and, like any good fairy-tale, only the right ones will stick. Nothing in this was believable—yes, I know it’s fantasy, but even fantasy has to meet the suspension of disbelief threshold, and this doesn’t. But, again, it’s an enjoyable read anyway, if you’re willing to just let it be silly.

It is oddly in-explicit in the sex though. So, don’t go in looking for high steam. It’s not quite fade to black, but the sex scenes just aren’t particularly full or robust.

The book ends on a cliffhanger. But being only 148 pages, I feel like there really wasn’t any need to break this up into multiple books, except that that seems to be the thing to do lately.

All in all, not a finely crafted piece of literature. But there is an innocent joy to it that makes me interested in continuing. The 5 characters basically meet, decide they’re a family now, and go about being good to one another. There is something to be said for that. 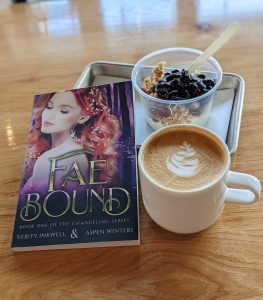