Somewhere around the internet I picked up an Audible code for Meg M. Robinson‘s Finding Salus. On an unrelated, humorous side note, my husband’s name is Saul and I have mistyped this title as “Finding Saul” almost every single time and had to correct it. 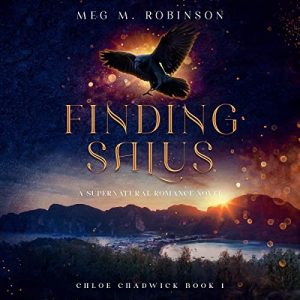 Chloe Chadwick’s last remaining family member, her grandmother, dies in a car accident and leaves her a letter that changes everything Chloe thought she knew about herself. The letter directs her to Salus, an island off the coast of Connecticut that can’t be found on any map.

When she arrives, she learns that she’s a part of a secret world living alongside humanity, one consisting of magic, shapeshifters, and elementals, where the Greek gods aren’t just believed in, they’re actually present. But within twenty-four hours of her arrival, a man is murdered, and Chloe is the only suspect. Things only get worse when she has to learn how to control her newfound powers while simultaneously clearing her name.

But then, there’s a second murder and the pressure is on her-as well as the suspicion. With some of the unusual residents on Salus calling for her arrest, Chloe finds herself desperate to uncover the many secrets of her new home, including the killer. But will her newfound friendships and skills as a private investigator be enough?

I generally enjoyed this. I thought it got a little info-dumpy with all the magic lessons and that slowed things down a bit. And the mystery basically solved itself when the author was ready to wrap the book up, instead of Chloe actually doing anything to solve it. But I thought the world was interesting, I liked the characters, and I’m curious to see how the romance(s) develop. (I wish it would turn into a why-choose romance. But I know better than to hope for that.) All in all, the book won’t be topping my favorites chart, but I’d happily read the next one…or listen to it. Maria McCann did a fine job with the narration. 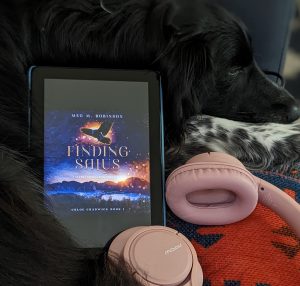