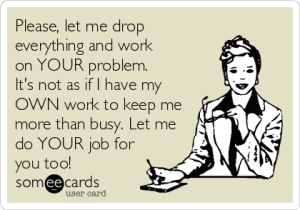 Let me tell you a story. Recently, I received a very lengthy email from a Director of Marketing for a small indie press.  It started like this:

Now, in the way of many things that annoy a person, I didn’t immediately find that irritating. But by the end of my exchange with this DoM it did.

Feeling lucky to have been chosen, I downloaded the book. But it wasn’t due for publication for several months and I like to read such books close to their publication dates, as many publishers ask that reviews not be posted more than a month prior to release.

Between the initial email and the eventual publication of the book, I also received at least two more emails concerning the review of this particular book. (I still have three emails in my mailbox. I may have deleted some as they became redundant.) Since the emails appear a bit formulaic, I imagine there was a mailing list of some sort and I wasn’t the only one getting them. But still, I got enough of them to think, ‘really, another one?’

Mere days before the book was due to be set free in the wild, I read/reviewed/blogged about and posted to Netgalley a review for the book in question.

My point in all of this is two-fold. One, the indie press that this DoM was hoping to get on my radar was already on and chafing my radar. Because, while four emails may not seem like many, it’s three more than I need. Plus, the book had been on my Netgalley shelf, listed right next to its publisher’s name. Two, I’d already read and reviewed the book here on the blog, not to mention posted my review on Amazon.com, Amazon.uk, Netgalley itself, and Goodreads. I had done my due diligence for the book already. Thank you for noticing Ms. DoM.

Then, as a minor side irritant is the small matter of assuming who I do or don’t pay attention to. This is especially arrogant since my policies state quite explicitly that I’m open to everyone, especially self-published authors and indie presses. Plus, it just feels a little accusatory, as if she’s inferring I had already ignored her. I don’t know, maybe she thought I should have been more excited about all those emails.

But the whole exchange got worse. Because since I was feeling a little harassed to have received yet another email, now not just feeling like spam but spam about a book I’d already reviewed, I went ahead and dropped a note to the DoM saying,

She then responded with:

And here is where I pretty much lost my shit with the whole thing. OK, that’s an exaggeration, but I did get annoyed. Here’s why, this person does appear to have read the policies (I have a bit of a trick in there to flush out those who don’t) but doesn’t appear to have looked much farther.

I know this for several reasons. One, the book she was promoting was the first review on the second page of the blog. In other words, she only had to click back once to find the review she was interested in. Two, the review of the book she was pimping was listed under ‘recent posts’ on the left-hand side of that home page. Three, all my reviews are listed alphabetically, by author, under a tab titled “book reviews,” which would be a logical place to look for a review, and four, my blog has a search bar, right up top. 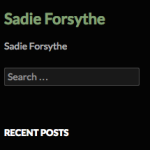 So this person, who would very much like me to do the favor of reading her company’s books, A) can’t be bothered to keep track of who they have already hit up for a review, B) do any of her own work to find the review, even when its existence has been pointed out to her.

Why does anyone think it’s appropriate behavior to ask a stranger, who has already done them an unpaid service, to stop what they are doing to complete a task they should and could in approximately 30 seconds do on their own? Had she looked and not found it, I would understand. But it’s immediately obvious that she didn’t even look!

I suspect she’s never even glanced at the homepage, let alone read one of my reviews. But she wants me to review ‘her’ books, for sure. Feels a little one-sided, if you ask me.

Yes, it would have taken a lot less effort to just send her the darned link, but then she’ll probably run some other poor blogger ragged doing her job for her. OK, now I’m just being mean. I’ll probably cut that bit before I hit publish.

My point, to all authors seeking reviews from book bloggers and their PR staff, is this: no matter what you think the value of a digital download is, bloggers don’t work for you. You do not get to give them extraneous tasks. You especially don’t get to do so after already riding them like a micromanaging boss and before you even attempt said task on your own. It’s just plain rude.

FYI, the ‘Once again’ refers to the fact that I had a very similar rant (and yeah, I recognize this as a rant) last year. You can read it here.