I got a new stretched canvas for my office. The office is the only place in the house that I let myself put anything I choose on the walls, theme, coordination or quality be damned. If I like it, I’ll have it.

Not to suggest that this Icanvas print isn’t quality of a sort, but the rest of the house tends to run toward large, heavily framed prints. It’s not a great photo, but Mizuki by Audrey Kawasaki is what’s above the bed for example:

Though I’ve shrunk it so it doesn’t compete for attention with the canvas that is the point of this post, that frame is almost 30×30 inches (please never let it fall on us in our sleep). So, an unframed whimsical print of science fiction books is a departure from the norm. But I so loved it when I saw it that I insta-bought it, even though I didn’t really have a place for it. (In fact, I wish I’d bought the bigger size.)

After I moved Kawasaki’s Where I Rest out of place (this* one –>), I sat staring at the books and telling my husband how happy I was to see Binti and The Long Way to a Small, Angry Planet included among such giants as Asimov and Le Guin. But also how I was distressed that Martha Well’s All Systems Red (Murderbot Diaries) isn’t included. It 100% deserves to be. In fact, once noticed, its absence sapped a little of my love of the print away. I mean, look, I even tweeted at Icanvas about it.

Hey @icanvas_art, if you’re going to include #Binti and #thelongwaytoasmallangryplanet in this stack of classic sci-fi (which I totally agree with) you gotta get #Murderbot in there too! I’d even buy a second copy. 🙂 pic.twitter.com/aaEuuR7Pzu — @rbnsnzsr

This led me to a second thought. If I was so happy to see Binti and The Long Way to a Small, Angry Planet included, and was desperate to get Murderbot added, why no excitement for The Martian? It was published in 2014, so it’s basically just as contemporary as the others. Part of it might have been that it’s written by a man and I’m always rooting to see women included. But Dune, by Frank Herbert, is one of my all-time favorite books (even if it by a man). So I decided it wasn’t the gender issue. It was simply that I haven’t read it!

All of the books included here are well known, familiar to me, science fiction. Suddenly I had to stop and think how many of them I love by virtue of being sci-fi cannon and how many I had actually read. Before that very moment I’d have told you of course I’ve read all the classics. But once I was really thinking about it, I realized that couldn’t be true. I hadn’t read The Martian, for example. So, off to Goodreads and my reading list I went. And shock followed.

I started Left to right:

Eight—almost half of the books—I discovered that I’ve not read. This is a travesty that cannot be allowed to stand. I mean, for one, If I’m going to hang the picture on my wall (even if just my office wall), I should be able to point to it and know I’ve read them all, but also I’m a sci-fi/fantasy junkie and THEY’RE SCI-FI CLASSICS. How did I let this happen? Obviously, I’m going to fix it. It’s July. I have five months until the end of the year, and by that point I will have read these eight books that I have somehow grievously neglected in my life.

I don’t think I’ll bother coming back and linking reviews here. But I am setting it as an official reading challenge for myself. I do so love to have a plan. Wish me happy reading. 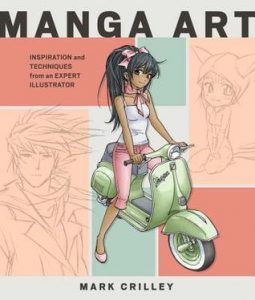