I first came across Over the Faery Hill when it was promoed on Sadie’s Spotlight. So, when I later came across the author, Jennifer L. Hart, giving away Audible codes I snagged one for my own. 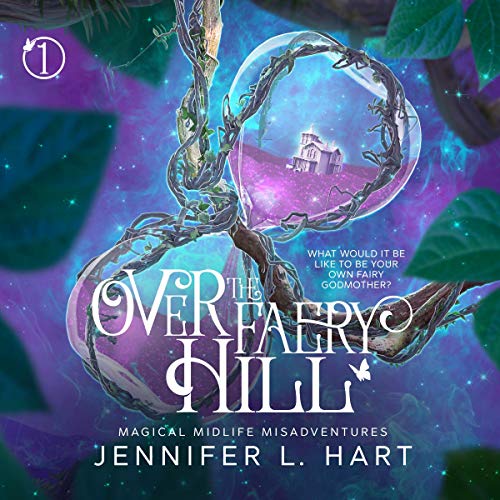 A mountain of regrets. A bargain with a mischievous faery. Could tinkering with her past create a better future?

Joey Whitmore longs to escape her dead-end world. Facing a midlife crisis at age forty-two and still living with her mother, getting fired from yet another job is the proverbial last straw. So when a fae trickster in human guise offers a chance at changing her history, she figures there’s nothing left to lose.

Though skeptical of his magic, Joey accepts the sly prince’s enchanted hourglass and begins a reckless journey back in time. But as she tries to act as her own fairy godmother and reverse her mistakes, her blundering interference causes a chain of catastrophic consequences.

Will Joey’s attempts to alter her deadbeat destiny end up erasing her entire existence?

I’ve only recently discovered the Paranormal Women’s Fiction genre, and as a 43yo woman, I’m really enjoying heroines my own age going on paranormal adventures. However, I am discovering that the tropes run strong in the genre as a whole. The books seem to be more similar than different, regardless of the author. Of those I’ve read, they all seem to start with a dissolved marriage and broke, despondent, sexually dissatisfied heroines, who all seem to be fairly similar in personality. Hell, I’ve just read two in a row where she drove a VW Bug.

I don’t think it’s so much that anyone is copying anyone else, but rather that those entering into the new genre step into an arena in which they feel there are very strong expectations from readers. No one yet seems to be brave enough to venture farther from the established and accepted characteristics. (I’m hoping this phase passes soon.)

I could have said all that on any of the reviews I’ve written for PWF books so far. But, as a reader, I had to get far enough into the genre to recognize the repetitions. And I can’t disparage any one book for it and not the others. But I also can’t ignore that these book are starting to feel very formulaic, including Over the Faery Hill (though I do think Hart tried to be a little different by including a trans ex instead of an evil  or cheating ex.)

Having said all that, I have found that some authors do better with the middle-aged heroine than others. Hart’s wasn’t the best. I liked Joey, but she didn’t feel 40+ at all. This is also the second PWF book in a row that I’ve read where the heroine being middle-aged felt like window dressing slapped on so that the book could fit in the PWF genre.

Joey spent the whole book trying to correct a mistake made her freshman year of high school. I’m sorry, but I don’t care if she’s over-weight, 40+ years old, and complains about saggy boobs. If an author gives me a heroine whose most important life events happened at 15 and reads as if she hasn’t had a further 25 years of life, I’m going to say she doesn’t actually feel middle-aged. Especially if she also doesn’t have any of the markers of middle life—no children, no career, no established hobbies, no favorite isle in the grocery store, whatever. If she still (or again) lives with her parents, in a life centered around her mom, dad, and grandma, and is more concerned with what happened at 15 years-old than 35, she can’t possibly really feel middle-aged. She feels mid-twenties, maybe. And thus, while the book might be a fine paranormal adventure, it’s not much of a Paranormal Women’s Fiction book.

But, as I said, I did like Joey. I enjoyed her snark and her love for her family. I liked Robin too, thought I can’t say I felt the romance develop in any true fashion. All in all, I’d be happy to read more of Hart’s book. 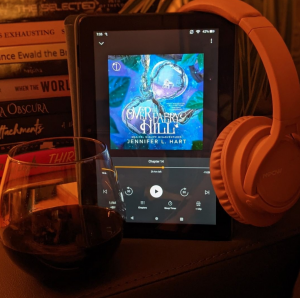