A few moments ago I received a message on Goodreads that started out: 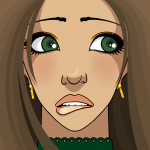 I’ve been thinking about messaging you and asking you to check out my book for a few days, but I was quite nervous considering how critical and honest your reviews are. Then, I told myself that I might as well and that every review I read from you had a pretty good and constructive critique, so at least I might learn what to make better next time. The harsh feedback is always what I learn the best from. (Though obviously, I’d still like to think that you would enjoy the book, lol)

And I suppose I could gripe about getting hit up on Goodreads for a review, instead of the request coming through the the process I’ve set up here on the blog. (No, I’ll never pass up  an opportunity to point out how many people don’t follow directions, in the hopes of correcting the trend.) But I almost feel like this wasn’t a formal enough request to warrant it. Or maybe I’m just so distracted by something else in it that I can’t be bothered. 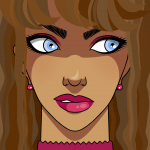 The thing that most struck me about this message is the author saying she “was quite nervous considering how critical and honest your reviews are…The harsh feedback…*” Yes, the comment is couched in compliments, but it still really made me stop and think. (For the record, I’m not calling the author in question out in any manner. She neither insulted nor upset me; just caused me to consider her word choice, never a bad thing.)

One would think being honest could never be a unappreciated. But anyone who truly believes that hasn’t spent much time in the book reviewing community while we endlessly debate what should and shouldn’t be included in a review. A large contingent lives by “If you have nothing nice to say, say nothing at all.”

And critique has it’s place, of course, even harsh critique. But the phrasing, the admittal of nervousness to ask me to review their work is awful close to implying that my reviews come across as overtly critical, as in primarily focusing on the negative. Is this how I come across, I wondered.

I’ve been writing reviews here on the blog, Goodreads, and Amazon for 7+ years. And it’s an unfortunate reality that familiarity breeds contempt. I don’t mean this to suggest I find books, authors, or reviews/reviewers contemptible⍣. But rather, it would be quite easy to have let myself slip into a mental space in which I throw out reviews easily, without giving enough gravity to how they might be received.

Yes, there are all sorts of caveats here. Reviews are for readers, not authors. I’m not obligated to be polite when saying I dislike something. I’m 100% not required to keep my trap shut if I dislike something. I am allowed to be as rude, churlish, and bitchy as I like, etc. etc. etc. But the reality is that that’s not the real me. I am generally one of those people that want their say (will insist on it), but don’t want to hurt anyone’s feelings. 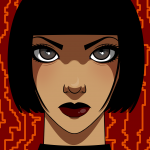 And the comment above makes me wonder if I’ve let myself be a little too laissez faire lately and come across as an angry harridan with nothing positive to say, instead of a considered reviewer that also happens to be honest when she dislikes a book. That’s not the same thing and not the reviewer I want to be. I don’t want authors to be afraid of me or my words.

I hope that isn’t giving myself too much importance. One person being nervous, does not a tyrant make. But this was a good reminder to be mindful of my general mien, not just each individual review. A reviewer can be judged by the whole of their work as easily as any individual piece of it.

So far this year, I’m averaging just about an even 3★ rating, which makes sense. I feel like that’s how it should be. Most books I neither love nor hate, and I would hope for a roughly even number of books I do. But if I stop and think of some of the reviews I’ve written recently, I can think of some that I probably could have been more diplomatic in my phrasing. The question is, should I have been? Or does honest vitriol have a place too? Where is the line that allows for that without tripping the reviewer over into bitch territory?

I’d like authors to know they’ll get an honest review from me, but also trust that I won’t be needlessly cruel if their book and I don’t get along. I’ll probably never be bubbly enough, as a person, to be seen as a softball reviewer (and I wouldn’t want to be). I just don’t think I have enough of the fan-girl in me. But I also don’t want to be the reviewer that everyone knows will trash their book for the sheer joy of it. That really isn’t who I am or why I do this. It’s not where my joy comes from! 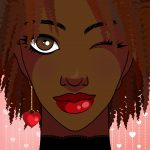 So, I’m taking this opportunity to recenter, to step back and ensure that I am more thoughtful and considered in my words and reviews from here on out. Maybe it’s not needed and everything was fine to start with. But honestly, can trying being more considerate ever put you in bad stead? (Can you be in bad stead, or only good…hmmm?)

And yes, in case you’re curious, I agreed to read the book in question above and I hope with my whole heart to love it.

*On a complete side note, it’s been my anecdotal experience that this is one of the primary differences between male and female authors seeking reviews. I 100% can’t imagine a male author preceding their review request with an admittal that they are nervous about it.

⍣OK, maybe there is a small, self-aggrandizing subset that I could do without.

2 thoughts on “Taking A Moment To Check Myself”