I picked up a free Audible code for a copy of Bonnie Burrows’ The Dragon’s Spell. 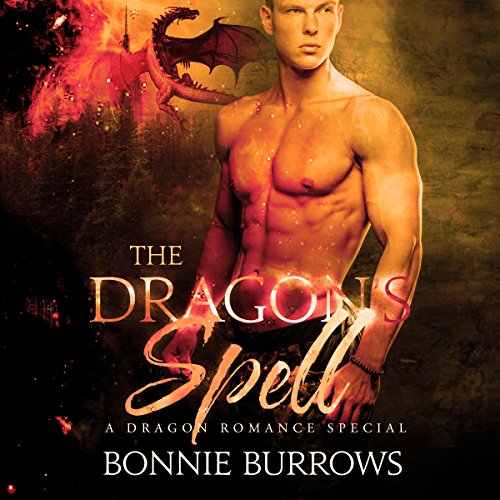 The witches were disappearing and Faye Everleigh’s sister was the latest who had been taken.

Faye had good reason to suspect that a nearby clan of dragons were behind all the kidnappings and she was planning to do anything and everything within her power to get her sister back.

However, she did not bargain on Rylan, the dragon clan leader, being so impossibly handsome.

And before she knew it, a man who should really be her enemy was becoming a friend, an ally and a lover all in one.

Was the witch now under the dragon’s spell? Or was there more to this than meets the eye?

Meh, this wasn’t horrible. But it wasn’t great either. There just didn’t seem to be a lot to the plot—girl sets out to find her sister, gets captured, lazes about falling in love for a while, then, they save the day in basically one chapter.

Rylan was a nice change from the alpha-asshole, but his uncertainty made his feel weak and wishy-washy. Faye was pleasantly determined, but still didn’t actually DO much of anything throughout the book. The villain was obvious from the beginning and there’s really no depth to their machinations—evil for evil’s sake. I wasn’t at all invested in it.

Lastly, Morgan’s narration started out pretty rough, but it smoothed out eventually. But I noticed a lot of misplaced and mispronounced words. So many in fact, I have to wonder if he was doing a poor job OR an excellent one of reading the book just as it’s printed, errors and all.