Not too long ago I received an Amazon credit and, as I sometimes do, I offered to spend it on buying the book of a Twitter follower. Through the Black Mirror, by Blaise Ramsay was one of the books I bought. 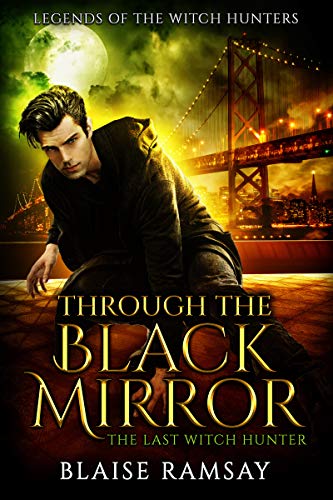 “And it shall come, thy final day. When the last of the Witch Hunters cuts thy head from thy shoulders. The reign of the witch shall end when the Bishop’s cross runs red with blood…”

All Zayne Bishop wanted to do was collect the money for the head of the latest witch he killed. As the last of the Bishop line of Witch Hunters, Zayne was all that stood between the innocent and creatures of nightmare. He could not have known the drunken man running into the bar, screaming about how his daughter was abducted by another witch, would be the tool of his ultimate downfall.

Riding into the forest, Zayne finds himself the unfortunate victim of an ambush that left him battered and bruised. The Grand Dark Witch, Carmellia, prompted by an ancient prophecy, hurls the Witch Hunter through the Black Mirror into the streets of San Francisco.

Found and nursed back to health by the handsome Dhamphyre, Logan Myre, Zayne must fight for his life against a horde of witches and demons controlled by the very witch who threw him, half-dead, into the streets.

As their search for a way to get Zayne back grows more dire, it soon becomes apparent there may be no easy way to get the Witch Hunter home. It turns out being thrown through the mirror doesn’t offer Zayne safety from Carmellia’s influence as the witches are able to communicate across worlds through the mysterious Black Mirrors.

And one of them is just as dangerous.

Ok, I’m going to start off by saying that nothing in the description, cover, Amazon tags, etc prepared me for the fact that this is a Young Adult title. And anyone who claims it isn’t I’m going to hit right in the face with, “It sure would be if the hero was a heroine.” He’s 18ish, is told to act “his age” multiple times by people referring to themselves and him as teenagers. Yes, there is some lack of consistency in that one of those ‘teens’ happens to be a several centuries old vampire, but this is a YA book and I didn’t realize that when I bought it. I’m pretty burned out on YA and would not have chosen if I’d known. So, this book admittedly started on it’s back foot, so to speak.

Having said all of that, what I disliked so about it wasn’t it’s YA-ness. It was the writing. I won’t say it’s objectively bad. But it’s sure not to my particular liking. I felt like it was clunky, jagged, and jumped around. Further, I felt like the main character was given one emotional note (pointless and often unnecessary anger). He and it were written so bluntly that I basically disliked him the entire time. There were deus ex machina successes, leaps of logic I couldn’t follow, instant and unexplained loyalties, unaccounted for passages of time, inconsistencies, and repetitions.

The idea behind this book isn’t a bad one. But I finished it by force of will alone. 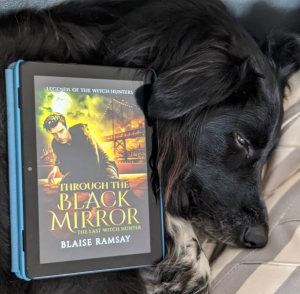