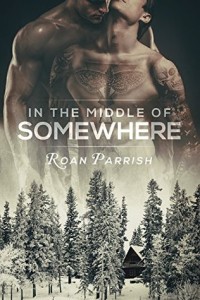 I bought a copy of In the Middle of Somewhere, by Roan Parrish.

Description from Goodreads:
Daniel Mulligan is tough, snarky, and tattooed, hiding his self-consciousness behind sarcasm. Daniel has never fit in—not at home in Philadelphia with his auto mechanic father and brothers, and not at school where his Ivy League classmates looked down on him. Now, Daniel’s relieved to have a job at a small college in Holiday, Northern Michigan, but he’s a city boy through and through, and it’s clear that this small town is one more place he won’t fit in.

Rex Vale clings to routine to keep loneliness at bay: honing his muscular body, perfecting his recipes, and making custom furniture. Rex has lived in Holiday for years, but his shyness and imposing size have kept him from connecting with people.

When the two men meet, their chemistry is explosive, but Rex fears Daniel will be another in a long line of people to leave him, and Daniel has learned that letting anyone in can be a fatal weakness. Just as they begin to break down the walls keeping them apart, Daniel is called home to Philadelphia, where he discovers a secret that changes the way he understands everything.

Review:
This was one of those novels in which I adored some of it and was annoyed by other bits. And some of both features are personal and subjective. I love the whole gentle giant trope and that definitely defines Rex. But I hate when characters start throwing around “baby” this and “sweetheart” that as soon as they have sex. I liked that the characters had such visceral reactions to one another, but couldn’t really get down with the insta-lust.

Contradictorily, I love that the book was a good solid, long read but it felt a little overly long at times. I like a hot sex scene and there are some smoldering ones here, but I thought there were more than I needed. I liked that both characters had issues and problems, but I also sensed that some of the past traumas felt like throw-aways, tossed out for an interesting emotional punch but serving very little real purpose in the plot. It was like the author tried to get too much in.

I loved the language and writing here, but the repetition of stock phrases really got on my nerves. I liked and could relate to a lot of Daniel’s grad school/university experiences but also thought it read like a lecture on working for a university at times.

So, as you can see, I’m torn about how I feel about In the Middle of Somewhere, but when it comes right down to it I liked Rex and Daniel, as well as the side characters, and I’d be interested in reading the sequel(s). 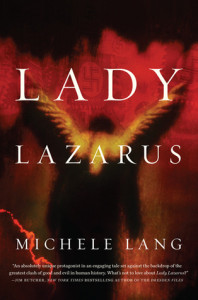 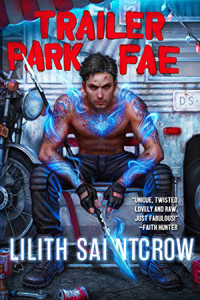