I generally don’t review short stories. In fact, in my review policies it is one of only two genres I claim not to read. However, I’m well aware that there isn’t a definitive page length for what qualifies as a short story, novella, or just shortish book. In my head I consider anything under 100 pages a short story. (IMO calling it a novella is just semantics, so it’s still a short story.)

In tending my review pile this morning I notices a couple ‘books’ sent to me are on the short side. Rather than delete them I gave myself a mission–read them. Get them off the list. Make some authors happy by doing something that will probably take less than an hour apiece. I probably won’t always make the same choice.

I haven’t included the synopsis, since that would make for a unusually long post. But I’ve linked each to its Goodreads page if you want to read it. So here they are: 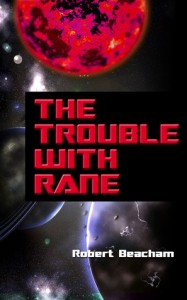 The Trouble With Rane, by Robert Beacham

I thought this was pretty good. Rain had a bit of a Sherlock Holmes feel to him, if you remember Holmes was supposed to be a little bit of a badass too. As a galactic Ranger he is among the best of the best in universal policing and he has a lead…if only he could remember what it was. I rather enjoyed him and his unfathomable luck. I did think the plot got a little silly at times and would have liked it more if it had shied away from the absurd, for example the poor couple who turned them selves into chintz lampshades for life. The subtler humour was excellently done though. Being as the afterwards states something along the lines of ‘well that’s the end of this Ceras Rain story,’ I’m assuming it’s the first of more than one. It felt that way. The story barely wraps up. I’m not a huge short story fan to begin with, but reading one that lacks a firm end is almost guaranteed to irk me. It was well written and well edited however. 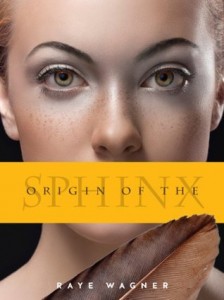 Origin of the Sphinx (Sphinx #1), by Raye Wagner

This is a short story about (maybe a retelling of, but I don’t know my Greek mythology well enough to know) the demigod Phoebe and the origins of the Sphinx. I liked it but the dialogue felt quite stiff, names and endearments used too often to be natural. I also thought the language was too modern for ancient Greece, with phrases like, “reality check” and “Please!” Beyond that I thought it was a good one. It captured the feel of a truly Greek tragedy while allowing Phoebe’s pure, shining heart to come through. I also liked the idea of immortality leading to moral ambiguity since the Gods tend to outlive the consequences of their actions. That’s a rather deep thought. The first and last chapters seemed a little anomalous. I think the two characters, Athan and Hope, might be who the rest of the series is about but they played no role in this story. 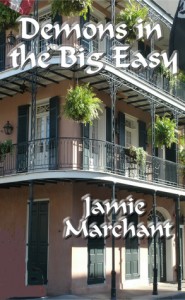 Demons in the Big Easy, by Jamie Marchant

Again, I thought this was alright. I liked having a grandmother as a heroine for a change. I also thought Marchant did a good job of world-building in such a short piece. I did think that the ladies’ language, which was generally somewhat medieval, slipped into the modern vernacular fairly regularly and that Jake came out with his equivalent of “I see dead people” a little too easily. I also would have really liked to know the approximate ages and physical descriptions of the other characters. Cassandra is the only one I remember being described. All in all, a little predictable but an enjoyable read. 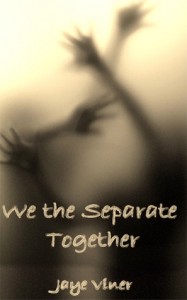 We the Separate Together, by Jaye Viner

I’m always a little sceptical of stories that try and address social inequality through fiction. It’s just far, far too easy to do it badly. My experience has shown me that what is often really being said in the sub-context of such works is simply,’live like us.’ A more ethnocentric theme would be hard to find. We the Separate Together is on that managed to get it right. It managed to create an obviously unequal society without feeling it necessary to make it recognisably correlative with a historical grouping, the Nazis/Jews/Poles/Gypsies (though I would say this is closest), Whites/Blacks, Immigrant Americans/Native Americas, etc. The story would have been weakened by such comparison. It would have been distracting in it’s familiarity and render the reader less able to fully immerse themselves in THIS society, outside of whichever nation it was meant to mimic.

I really enjoyed this one. The writing itself is really quite elegant. It had a certain patient rhythm to it that matched the slow, contemplative main character. It did end quite abruptly, but after the shock it felt like the only obvious ending. I highly recommend giving this one a read.