I picked up a copy of JL. Madore’s Rise of the Phoenix as an Amazon freebie, last year. 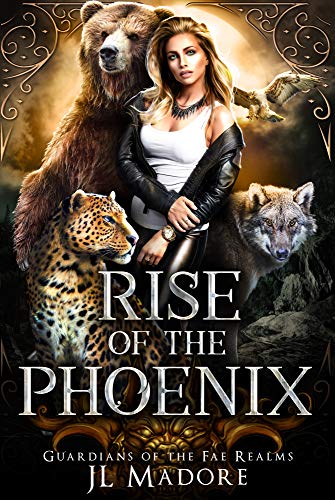 Kia versus power pole isn’t the end I expect—it’s the beginning of… gawd, where do I begin?
Four wildly sexy males. Powers I don’t understand. And the eyes of the fae world on me as the person to unite the severed realms. No pressure.

Amusing enough, but not much more. It’s entertaining, but not very deep. The plot is pretty thin, and none of the characters (the males especially) are well developed. One is such an asshole I don’t know how the author imagines she’ll redeem him and two are fairly inconsistent in their tone and characterization. It was the book’s general inconsistencies that really threw me though, like someone unbuckling yoga pants. 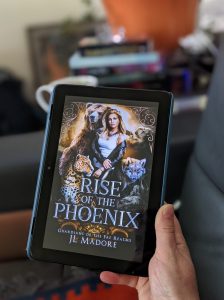 stitched into the plot). I’m not saying a book should never include rape, but I’ve found that far too often it’s used for cheap tension. More often than not, here included, there are a million better and less over-used and common plot devices to reach for. At this point I call it the ‘low hanging fruit’ of plotting. It’s evidence the author took the easiest, least thought about, no effort path. IT’S LAZY. And is that really how authors want to be seen?

Anyhow, despite how negative this review seems. I’ll read book two (I have 1-5), because I have it and I’m curious to see all the men submit.

Rise of the Phoenix by J.L. Madore – A Book Review