I accepted a copy of Ryu Takeshi‘s Shadow Shinjuku for review. 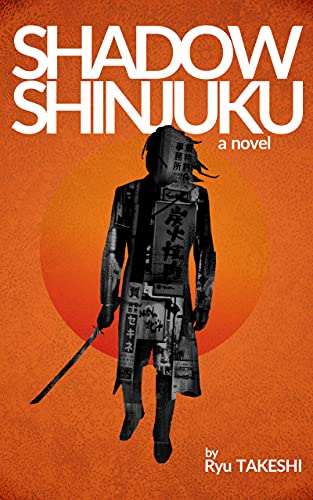 The streets of Tokyo are different at night. There is darkness behind the glitter and the neon lights, and people who prefer to stay in the shadows, to dwell in the underworld – whores, gangsters, the homeless, the lost. People like Sato. He’s part of this world, he always has been, but a feeling of change is lingering in the heavy air of the bustling city. A feeling brought to life by fateful encounters of solitary souls.

I have very middle of the road feelings about this book. Some aspects of it I really liked. I thought Sato was an likeable main character. I liked a lot of the quirky side characters. There’s an interesting, if light, magic world. I enjoyed the twist at the end. You see it coming, but it’s well played. I especially appreciated the last page. Kobayashi coming in like a boss! A boss, not the boss—a distinction that is important in context.

I know it’s a little cliched to say a supernatural book about Yakuza, set in Tokyo would make a great anime. But I honestly can see this working really well as one. But I also think it was purposefully written in such a style.

However, while some of the writing was very pretty, I thought it a little plebeian at other times— especially in the dialogue which tended toward clunky. Far too many characters chuck “My Dear” into conversation to flow well, for example. I also thought some of the psychosocial or metaphysical musings never really coalesced into anything concrete enough to have real meaning to the reader. And about halfway through it feels like Takeshi went, “You know what? I need to make this grittier.” So suddenly Sato was visiting prostitutes and sexual sadist villains popped up out of nowhere and I just thought, “Oh, how disappointingly predictable.” Not only because such things have been so over used as to lose emotional impact, but because it really didn’t fit the tone of the book up to that point…or after, really.

All in all, I thought this an interesting (if somewhat flawed) read and was happy to follow it up with the short story Abalone (unrelated to the events of Shadow Shinjuku but involving some of the same characters) which I also enjoyed. 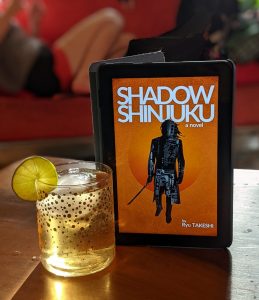