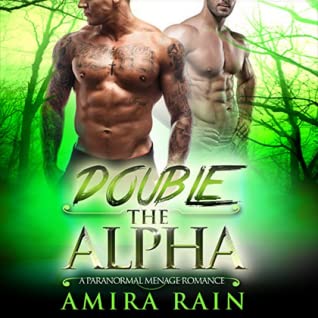 I came across an Audible code for Double the Alpha: A Paranormal Menage Romance, by Amira Rain at some point earlier this year. I listened to it as I did housework today. 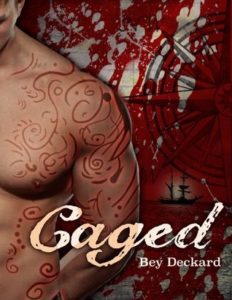 I bought a copy of Caged, by Bey Deckard. I’ve had this for a while, but never got around to reading it. Recently, several people have recommended I give Deckard a chance, so I dug this out the TBR pile.

Description from Goodreads:
Sheltered and lonely, Jon’s life changes drastically when a strange ship sails into the harbour of his small port town one day. Trapped between the possessive pirate captain and his murderous first mate, he must learn to adapt or he will lose himself completely. An epic tale of love, treachery and revelation, this first installment of the Baal’s Heart trilogy brings you into the lives of three men so bound together by jealousy and lies that they must sail to the very ends of the earth to find forgiveness.

Review:
I found that I enjoyed this despite myself. These are not easy characters to like. One is a psychotic (possibly cannibalistic) serial killer, one is a remorseless situational murder and the third seems to be turned on by these traits in the other two. I can’t even call these guys anti-heroes. They’re just sort of the antis. But despite that you do come to root for them in the end.

I thought the book was well written and well edited. There were some scrorchin’ sex scenes and a bit of a slow burn toward the intercourse in the beginning. It’s largely insta-love, but I appreciate that the virgin didn’t immediately become a über versatile sex kitten. I also like the direction the plot is going, so I think I’ll be picking up the sequel.

I did think the dialogue clunked on occasion (not often, but occasionally) and about 2/3 of the way in there is a section with so much sex I eventually started skimming it. Hot it may be, but sometimes enough is enough. It made the book feel overly long. I also would have like a little more pirating out of my pirates and Jon’s talents didn’t seem to be used as often as their ostensible importance would suggest. But for the most part, I enjoyed this and look forward to more of Deckard’s work.