It would be an exaggeration to say that I downloaded this book by accident, but it wouldn’t be an untruth. I signed up for Edelweiss a long time ago, possibly even years ago. But since I was happy with Netgalley (and familiar with it), I never really explored it. Until yesterday, that is.

Let me tell you, Edelweiss may not actually be overly complicated, but it is so HUGE as to feel complicated. In all of my floundering around I ended up downloading The Rise Of Chaos, by Aeyla Reed. I mean not in an “Oops, look what I did” way; more of an “Oh, I started the download process without really meaning to commit to that…well, might as well stick with it” kind of way. I had time to backtrack, but opted not to. I let fate take the wheel, or whatever 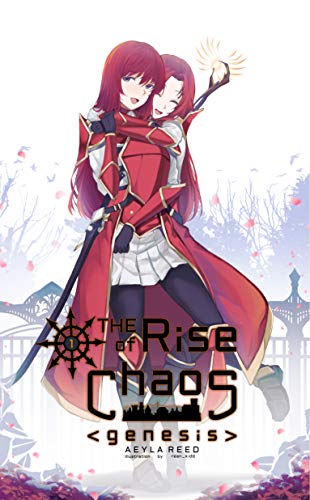 A perilous adventure with trouble lurking under every unturned stone.
In the world of Terae, a war-torn place ravaged by eldritch monsters and wild magick, a young officer named Airis suddenly finds herself in the midst of a rebellion in humanity’s last city. Along with two close friends, she begins a long journey to secure a home for her lost people. Amid all this: a new romance blooms, secrets of a lost empire reveal themselves, and heroes are forged in the flames of combat.

I used to read quite a lot of manga (and watch as much anime). But I’ve fallen out of the habit over the years. Lately, I’ve been drifting in that direction again and have been wanting to explore books that are manga or anime-like. I’ve seen the genre called Progression Fantasy, but there might be a more precise title out there. (Just in case the previous sentence doesn’t make it obvious, I’m not coming at this from any sort of expert position.)

Regardless, looking at the cover of The Rise of Chaos you can probably understand why I picked it up. I figured it would be an anime-like story, and it is. But I didn’t realize it is also full-on LitRPG —with all the D&D-like character mark-ups and abilities, video game-like character health bars, etc—which I’m not an avid fan of. I flat out skimmed ever time a one of these passed (and some of them were quite long):

But outside of the LitRPG aspects that didn’t appeal to me, I liked the characters. There was quite a lot of cute interplay between characters and I appreciated the m/f platonic friendships and the budding f/f relationship. However, I did feel like the world was only loosely described and we’re given the framework of political upheaval and then the book settled into filler and monster-battles that did little to move the plot along…or develop it at all, really.

All in all, I’d say this was a middle of the road read for me. It wasn’t bad. But it wasn’t really an all out winner either. 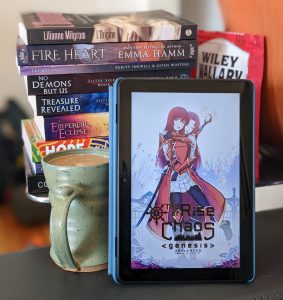 THE RISE OF CHAOS: Genesis