I accepted a copy of Victoria Rogers’ The Witch and the Dreamwalker for review, as part of its book tour with Rockstar Book Tours. The book and it’s prequel were also featured over on Sadie’s Spotlight. Over there you can find author details and the tour schedule. 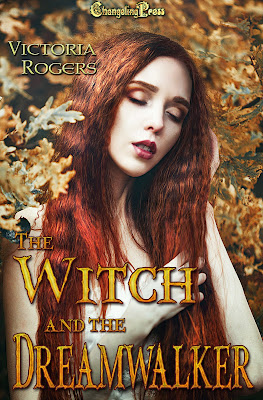 It’s 1982, and rising star Vivian McKinley is determined to climb the corporate ladder of a growing paranormal security firm. With the help of Xavier Prince, President and CEO of Prince Charms, Vivian uncovers a plot to take over the business. The pair navigate office politics and machinations to prove a psychic vampire’s treachery.

I have several things to say about this book, some good some bad, some fairly neutral. More than I’d expect for something so short.

First, I’m agnostic on the cover, but I will say it has nothing—tone, topic, content, etc—to do with the story inside it. It’s a pretty picture, but it hardly feels like the power suits, big hair, and machismo of 1982! Also neutral is that the magic aspects of the plot are extraneous. They could have been removed and the story and events could have occurred unchanged, just had non-magical explanations.

Second, on the positive front, the writing is perfectly readable, without feeling too cheesy. Even though I read an ARC, I don’t recall many editing mishaps. The early 80s is not a time period you see used in romance/erotic books too often and Rogers incorporated several period specific elements into the story, which was fun. I also appreciated seeing Vivian in boss-mode, taking no prisoners when she stands up for herself against the sexism of the time.

Third, on the negative front. Any impactful-ness Rogers might have built into the story by incorporating the sexism Vivian faced when everyone treated her as if she only got her position by sleeping with the boss was wholly undermined when she immediately started sleeping with the boss. Also, as I said, the magical elements weren’t pertinent enough to the plot to feel necessary, but similarly, the book’s unexpected swerve into Shibari/Kinbaku was sudden and not at all incorporated into the plot.

All in all, this wasn’t bad, but it wasn’t particularly memorable either. 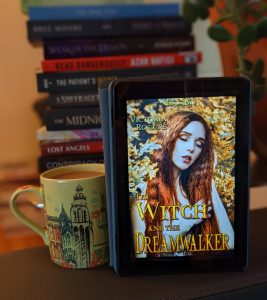