Last year, I won a signed paperback copy of Wynter of Wolves, by B. D. West (along with some cool swag). Like so many books, it got lost on my physical books shelves for a while—out of sight out of mind. But I’m making a real effort to read more of my physical books lately, especially thick ones (to clear up shelf space). So, it’s finally getting some attention. 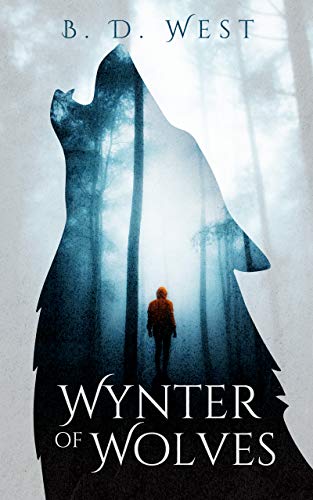 Wynter always felt as if he didn’t belong and knowing he was adopted just made matters worse. He desperately longed to know who he was and where he came from. After his adopted father Samuel died, he decided to open a bar called Indigo’s. His life was just beginning to settle into a predictable routine; that is until destiny walked into his bar. Alarick, Ryker and Lupin were a part of a world unknown to humans. They were Shifters; sworn to protect the human race. Wynter felt a deep connection with the three mysterious strangers from the moment they locked eyes. Though they had never met, Wynter knew his life would never be the same.

The world of the Shifters is unlike any wolf book ever written. Join Wynter on an epic adventure as he learns of his true identity. Follow him as he goes from running a hometown bar in the small town of Ketchikan Alaska to becoming the leader and Alpha of an ancient wolf society called Shifters. Sworn to protect the humans from unseen predators and from themselves, Wynter steps into the Alpha role he was born to take like his father before him. This fast-paced novel will take you on an adventure of a lifetime.

I wanted so badly to like this book. On paper it has so much going for it. It has a great cover. The hero is 40-years-old. It’s got shifters saving the world. There’s a pet dog. These are all things I like a lot and I expected to love this book. But none of it really lived up to my expectations.

While I was initially thrilled that the hero is 40 years old, that hope was dashed. 40 is young to shifters who live for hundreds of years and the book reads 100% like a YA (maybe lower NA) book.

Also, will someone tell me why authors who can construct whole new fantasy worlds still can’t imagine one where women aren’t simply shadows of male characters? Why recreate the patriarchy whole-sale? Other than passing bar tenders, waitresses, and a stewardess, there isn’t a significant woman in this book that isn’t a mother/lover (usually both) to a male character and none of them have any agency of their own. In fact, most don’t even have any character at all.

Here’s an example, at one point Wynter notices that one of the male wolves is paying the cardboard cutout that fills the place of his mother quite a bit of attention. So, he goes to him and tells him he can court her, but has to marry her before having sex. At no point does it ever even occur to him to speak to HER about this. Then she and the wolf walk off holding hands. She is nothing but a place filler in that scenario.

The book is also full of subtle things like this from page 319, ” The women of the city were hustling to tend to all the men’s needs and getting them packed for their journey.” And a few pages later we get Wynter yelling at the cardboard cutout that fills the place of his wife and insisting she obey him, “Do you hear me, Amara? I am giving you a direct command that you promised to obey in our vows, remember?…Say it, Amara! Say you understand and you will obey!…[S]ay you understand me and you will obey!” (I cut out a slightly spoilerish bit there in the middle of that conversation.) But my point is the super obvious secondary position of women in the book. It would be one thing if I felt like West was exploring gender and power dynamics in any fashion, but I don’t. I feel like she just didn’t think past the patriarchal norm. Blerg.

And obviously, if this is the sort of book the author wants to write, they can. But as a reader, it sure isn’t the sort I want to read.

And the whole plot is also just too easy. I mean someone showed up and basically said, ‘You’re a wizard, Harry’ and suddenly Wynter is all the things he wasn’t the day before. He had almost a complete personality change from a somewhat anxious man to an confident alpha, giving orders and dominating everyone. His body even changed. Then, despite the packs having had 40 years to investigate (but apparently didn’t bother, despite threats of genocide), Wynter talked to one person, went to one place, and read one document and he solved the problem of how to save everyone. WTH? Really?

He then goes about giving orders, shaking up the hierarchies, etc without ever even considering the political intricacies of pack life. He knows literally nothing, but his decisions are still treated as sacrosanct and infallible (both by the characters and the author). He seems incapable of error, based on nothing but maybe manifest destiny. He was born for it. I want so much more, as a reader.

I also really wish the book had been given to a better editor. I wasn’t looking for spelling, typo, or homophone sorts of mistakes and I don’t remember many of them jumping out at me. What I do remember is an awful lot of really awkward sentences. Here’s an example from page one: “The snow falling on his tiny cabin he had found and rebuilt by hand looked comforting with its blanket of snow coating the roof top.” Do I understand what that sentence is saying? Yes. Did I still read it three times? Yes. And there were a lot of those kinds of situations that kept yanking me out of the narrative. Plus, there is quite an inconsistency in POVs. The book is 99% from Wynter’s POV, but every now and again we’d get a sentence or two from someone else and it always felt jarringly out of place.

None of this was helped by the fact that most of the book is told, instead of shown. So, there was a distance between it and the reader. So I never sank deeply into the narrative. Then, I was regularly pulled out entirely. This made the book’s 465 pages feel awful long (and I also just don’t think it really needed to be 465 pages long).

Lastly, (and I vacillated on whether to include this last point or not), while I don’t think the author purposefully wrote the book to be an allegory of whiteness (especially male whiteness), it fits too well too be ignored. Seriously, there’s Wynter just living his life and then someone shows up and says, “Hey, by virtue of simply being born you, you are the most important, powerful shifter (possibly person) in the world. So, here’s access to all our wealth, mystery, power, and women. We’ll all stand in awe and obey you unquestioningly. Seriously, you don’t even have to earn it. It’s yours just for being born what you are.” (What, not who, I emphasize.) Again, I don’t think West did this purposefully. I think it’s just a subconscious sub-narrative in a lot of American’s psyche. But it feels pretty blatant here.

This feels especially true considering the villains of the story are snatched straight from Native American mythos, it’s even specified as Ojibwa. Plus, when Wynter meets all the pack leaders from around the world, he is introduced to people form several countries—Canada, Italy, Sweden, Scotland, Germany, Australia, France, Russia, China, Greenland, Mexico, Brazil, Egypt, India, Norway, for example. Each country is separate. Hell, even California packs are separate from Florida and New York packs. But Africa…the whole continent, every country, is subsumed into ‘Africa.’ And the several pages dedicated to meeting all these pack leaders (again, all male) is basically just a list of stereotypes. The Chinese pack leader was notably short, for example. The Scotts wore kilts. The Italians were fashionistas. The Russians wore fur coats. The Indians smelled of spices and wore bindis (even though they were male).

So, despite my best intentions, I have to conclude that I dislikes Wynter of Wolves and won’t be continuing the series. 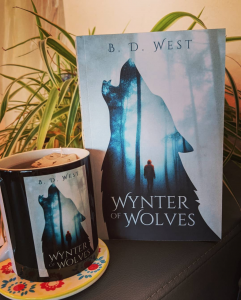