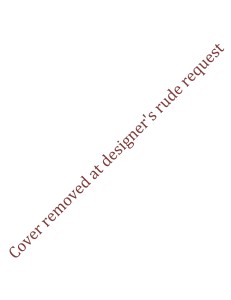 I’ve had Shattered Skies, by Heather Linn on my TBR for a while now. I picked it up on the KDP free list

Description from Goodreads:
I was only three days old when the world, as my parents knew it, became the nightmare that I live in; the only place that I have ever known as home. In my world, the humans are no longer the hunters perched comfortably at the top of the food chain. Humans are now the hunted, the prey; vulnerable and scared, just waiting to be consumed. The stories of the creatures that go bump in the night are no longer fiction. The monsters are real and they do want to hurt you. I live in a world where ‘the something’ lurking in the shadow isn’t a figment of an over active imagination but a real nightmare waiting to attack; a world where I have to lie my way through every minute, just to stay alive.

Review:  **mildly spoilerish**
Not to be mean, but this is going on my ‘worst in a while’ pile. OK, I don’t really have such a stack, but I barely finished this one and I’m barely fending off the urge to rant here in this review. I’m so baffled by this book. Not because of the poor writing (that might have been passable with another few editing passes). Not even because there were too few contractions in the dialogue and names/endearments were used far too frequently, leaving everyone sounding forced and formal. No, I was completely stymied by the fact that it made no sense.

The basic premise is that Vampire-like aliens have invaded earth and COMPLETELY enslaved the human race. A generation later humans only exist as food, breeders and slaves. With the exception of our main character and her cohort, there are no other free humans, that we know of. So, please note the COMPLETE annihilation of human civilisation, but somehow the common currency is still the dollar, roses are still given as a romantic gesture, people (or more to the point, not people) still read paper bound, pre-invasion books, one would presume in English (as opposed to whichever method galaxy traversing aliens might possess), the main character still refers to jobs that have health insurance and days off, etc. The book seems to posit that humanity can be simultaneously overthrown and enslaved by an overpowering advanced species, but still be the dominant culture. Um…I’m gonna have to go with NO on that one. It makes no sense at all!

This was not believable dystopian future. It felt like Vampires/Dominion were just inserted into the current western world and expected to work. It doesn’t, not at all. Why would a conquering species decide to live a human lifestyle, use human technology instead of their superior tech, or adopt the mannerisms and habits of their slaves?

Similarly, the current sexist opinions of modern America were exaggerated and expected to make sense in a drastically different circumstance. With the few (15) remaining free humans, a breeding program was established, but women are still treated as less important than men because they don’t go out and fight (just as stay-at-home mothers are so often disparaged for not working outside the home in the real world). Excuse me, but when facing such imminent extinction is there ANYTHING more important than bearing the continuance of the species?

I obviously this is just my opinion, but it read as illogical to not value the importance of reproduction. The way Cat and all the other males treated the women as ‘barefoot pregnant’ simpletons with no valuable contribution to make was both infuriating and out of place. It felt artificial, or rather like no deep thought had been put into how near extinction would alter human perceptions of gender roles in a new and limited environment. They would surely change.

What’s more, there were 11 women and 5 men available to breed, but it was also suggested that assigned breeding partners were essentially marriages (and not polygynous marriages either, or at least this is notably not stated). This doesn’t seem to have addressed the basic math problem inherent in this. There are two women to every man.

My biggest confusion revolved around the timeline though. I understood that Dr. Walker locked himself and the babies away the day of the invasion because the Vampires were killing all the children, aged or infirm people. He then raised the children to mimic Dominion (Vampire/Human hybrids). But, if he was locked away during the subsequent years, how did he know what behaviours to teach the children. Also, it was AFTER invading that the Vampires bred Dominion. This means that the oldest Dominion can’t be any older, and probably younger (since the children were already born at the time of the initial invasion) than the babies Dr. Walker raised. So, the very behaviors he was teaching the children hadn’t even occurred yet, or at best were just developing. It makes no sense! I thought that this might clear up when the big reveal about Dr. Walker occurred, but no, it just created more questions. Such as, if there were already Vampires on the planet, how was Akia the first Dominion?

Then there are all the silly little rules that pop up. If a person is given Dominion blood 6 times they become immortal, how random. Dominion having sex with humans will kill them. I can kind of follow this for female Dominion, but why would male Dominion die? There is no deposit to eat away at their insides. Is it magic of some sort? And how exactly was this little quirk bred into their DNA in the first place? I’m not just complaining about the illogical aspect of some of these, but also the way they just kept appearing unexpectedly.

Even if I hadn’t been completely cross-eyed trying to follow the plot, I still probably wouldn’t have liked the book. I simply hated the main character. Cat was selfish, mouthy, mean, and just about too stupid to live. As an example, what was she doing at the ball in the first place? If she could’t hunt that night, attendance requires mandatory inebriation of all women (just one more example of how women are devalued and disempowered in this book), and there’s a good chance she could be discovered as a mole, why attend? It seemed to be an opportunity to party, but who does that when it endangers everyone you love? Beyond showing enough of her personality to dislike her, there was almost no character development. Well, almost none for Cat. There was none for the other characters, none at all. Most of the remaining humans didn’t even get names!

So, by this point it’s probably redundant to say I didn’t like the book. A lot of people do…to each their own. I have the sequel that I picked up free at some point, but I can’t imagine I’ll be reading it.

5 thoughts on “Review of Shattered Skies, by Heather Linn”