I won a copy of  The Night Eaters by Marjorie M. Liu and Sana Takeda (illustrator) through Goodreads. 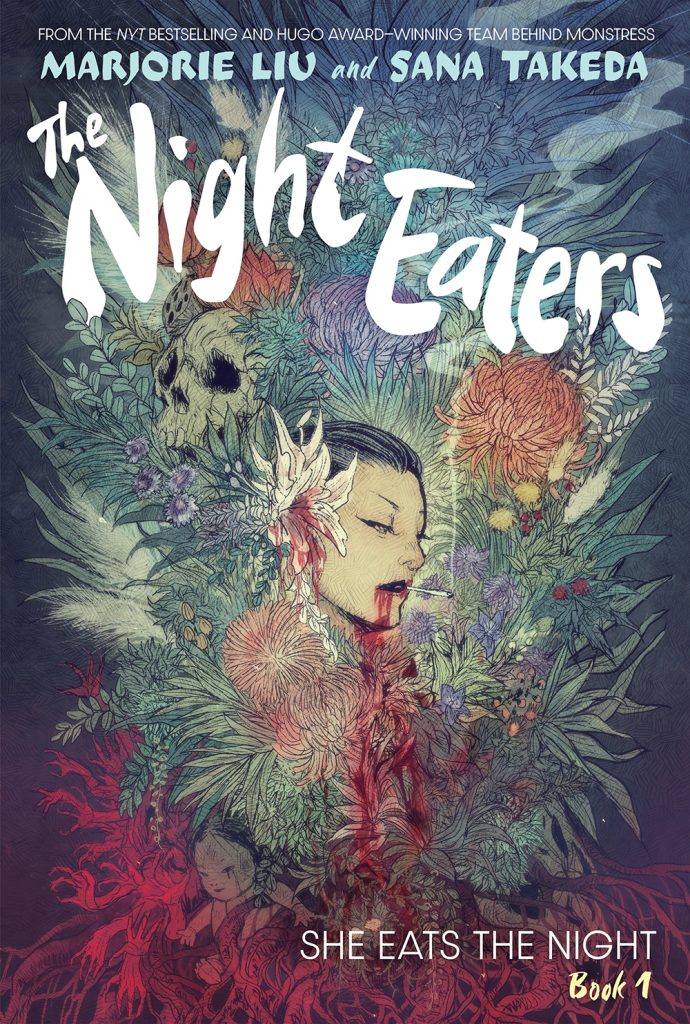 Chinese American twins, Milly and Billy, are having a tough time. On top of the multiple failures in their personal and professional lives, they’re struggling to keep their restaurant afloat. Luckily their parents, Ipo and Keon, are in town for their annual visit. Having immigrated from Hong Kong before the twins were born, Ipo and Keon have supported their children through thick and thin and are ready to lend a hand—but they’re starting to wonder, has their support made Milly and Billy incapable of standing on their own?

When Ipo forces them to help her clean up the house next door—a hellish and run-down ruin that was the scene of a grisly murder—the twins are in for a nasty surprise. A night of terror, gore, and supernatural mayhem reveals that there is much more to Ipo and her children than meets the eye.

I adored this, just absolutely loved it. The art is obviously gorgeous. That goes without saying. I mean, just look at that cover! But I also loved every one of these characters, the parental/children dynamic, the parent’s relationship with one another, the sibling bickering, all of it. Ipo, Keon, Milly, and Billy are fabulous. Ipo and Keon especially. I also laughed a lot more than I expected, considering how dark the book appears.

I did have a little trouble with the time jumps at first. But once I caught on to the pattern, it wasn’t an issue. I have nothing but praise. I honestly can’t wait for the next volume. 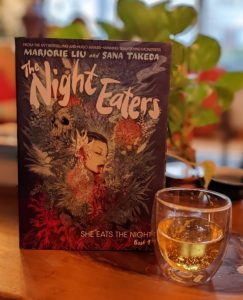 I accepted a review copy of Whitney Dean‘s A Kingdom of Flame and Fury through R&R Book Tours. The Book was also featured over on Sadie’s Spotlight. So, you can hop over there for an excerpt, author information, tour schedule, and (if you hurry) a chance to win a copy of the book.

At ten years old, Raven was mysteriously willed to be the next ruler of Seolia, a kingdom nestled within the realm of The Four Kingdoms. Orphaned as a baby, she has spent fifteen years ruling over a kingdom she believes she did not earn all while hiding secrets: she possesses dark magic and she thirsts for blood. Now at almost twenty-five years old and with a sudden addiction to stealing life, Raven must fight through her new procured darkness to save her soul, but when a mysterious stranger arrives in her kingdom, she starts experiencing vivid dreams that detail who she truly is. As she slowly starts to unravel her story, what she uncovers at the end of the spool will change the course of her life and her kingdom forever.

I went into this book with such high hopes. But it honestly just strangled them, one extra page at a time. I’ll give the author that the writing is mechanically competent, editing pretty clean, and the world is interesting. I didn’t even hate the characters. But the book is far, far, far too long for the plot that it contains. The middle just draaaaaaags and then the whole thing finishes on a cliffhanger. So, there’s not even any payoff after sticking with it until the end. 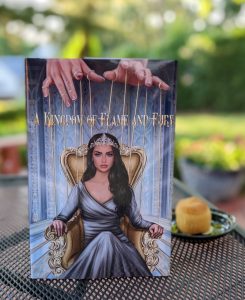 one was just an annoyance, but it really annoyed me. Nothing about Raven—her situation, her attitude, her demeanor, her kingdom, her training, her history, her interactions with others or them with her—felt queenly. Nothing. The book isn’t even clear on what she rules. Was it a country, an island, a town, or a village? Village is used more often than anything else. So, she’s queen of a village? Linguistically, it doesn’t even make sense.

I think this book will find an audience. Exhausting whiplash aside, most aspects of it aren’t bad. I am just apparently not that audience.

Bookworm Bunny Reviews: A Kingdom of FLame and Fury

A Kingdom of Flame and Fury 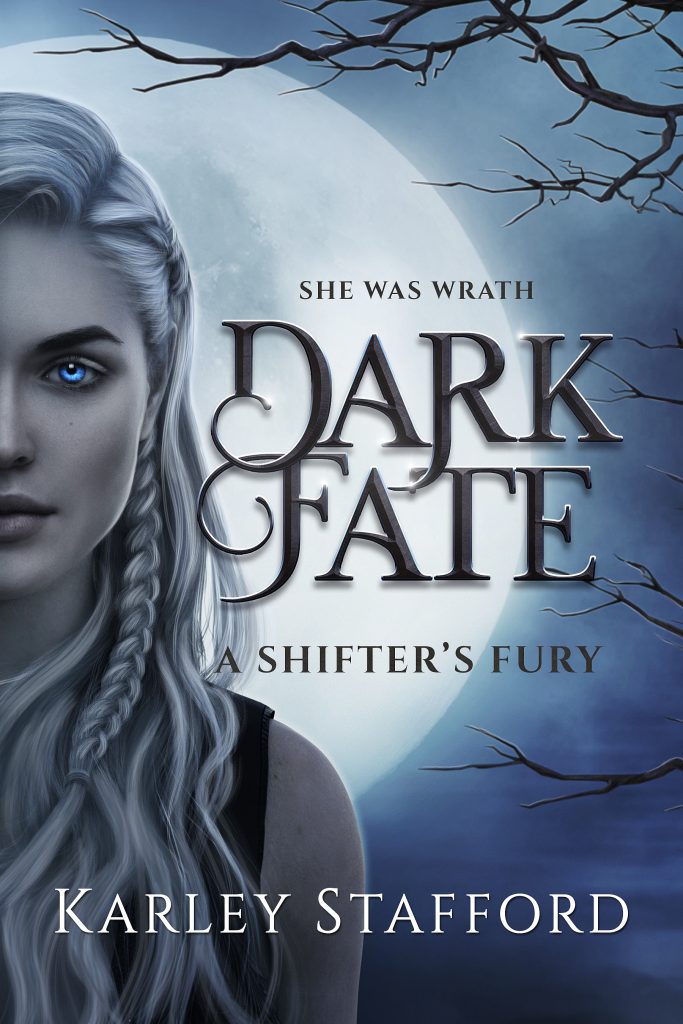 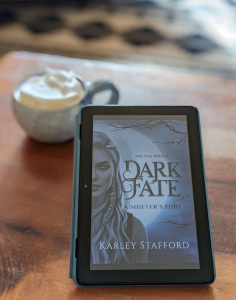