Author, K.Panikian sent me a copy of Wild Rising (Yellowstone Shifters, #1) for review. 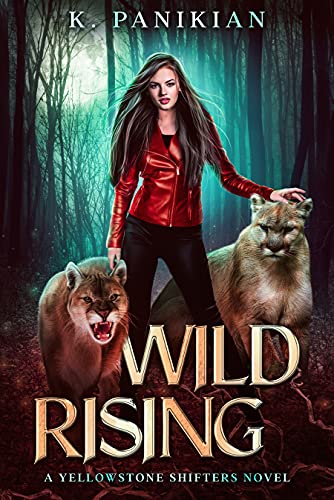 “My name is Sienna Wilder and up until about age 12, I thought I was human.”

From a young age, Sienna learned to control the savage creature that raged in her heart. Swearing never to unleash the puma again, she kept her head down, her emotions level, and she survived.

Inside though, she yearned to find a place where she could roam free. Landing her dream job as a park ranger at Yellowstone, Sienna thinks she’s finally found it, only to discover that she’s not the only one with a secret beast. Now, women are disappearing and no one is paying attention. Sienna must discover the truth or she may be next. Can she learn to trust her wild side in time to save herself and the others?

I was really pleasantly surprised by this one. I liked Sienna and the other park shifters. I liked the world Panikian creates here, and I enjoyed the murder mysteries (though having two unrelated ones did dilute the plot a bit). I was also intrigued by the possible, future love interest. I can only imagine the series is going to be slow burn in the romance department. There is attraction here, sure, but not even the beginnings of a romance yet. So, don’t go in expecting passion to leap off the page.

I did think that after a lifetime of dealing with fear and her beast Sienna sure overcame the issue with unbelievable ease. And I thought the possessive female betas warning off the new woman in town a little cliched. (Though having powerful, authoritative female betas was a plus in other ways.)

On a side note—just for FYI—I like the cover, but think it makes the book look YA/NA, like Sienna is an older teen. But she’s a full-fledged park ranger. Her age isn’t given, but to complete training and work in the field for a decade, I can only imagine her in her late twenties at least. I only mention it so people go in with appropriate expectations.

All in all, I’d be happy to read the next book in the series when it comes out. In fact, if it was available yet, I probably would have continued right into it last night, when I finished Wild Rising. 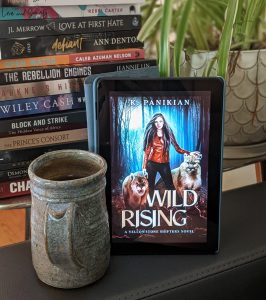 K. Panikian sent me a copy of her book, Verena’s Whistle for review. 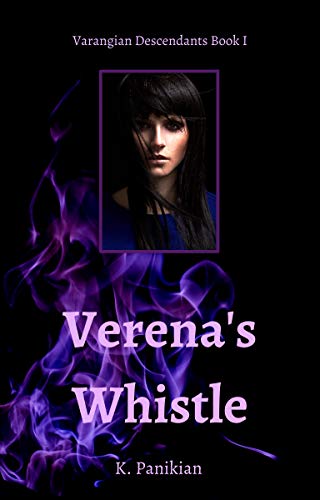 Verena is a grad student living in Alaska when she receives a phone call that changes her life. Her family has been keeping secrets. Soon, she’s on a mission to save the world from Chernobog’s demonic beasts. Will she master her new magic in time? Will Owen, a man with his own demons, help her in her quest, or will he break her heart?

As she crosses the world to the snowy Ural Mountains, Verena must decide if she’s ready to lead or if the price is too high.

I think this has an interesting premise, but is too slow paced. Which is notable because a previous reviewer said it “is very fast paced (maybe slightly too fast paced).” The odd thing is I perfectly understand what she meant. You see, I call it too slow because there is an awful lot of talking about, planning, training, traveling to, and preparing to do things and very little actual doing of things. But when things do happen they happen quickly.

For example, one character is sent from America to France to find something with very little information. But he finds it (and more) after going to one cemetery and speaking to one priest. The loves are instant. Several times the perfect person shows up to help at the perfect time. Every battle is won with a single ‘brilliant’ idea, etc. So, one person calls it too fast paced (because the events feel rushed) and another says it’s too slowly paced (because there is too much between each important event). So, let’s split the difference and say the pacing is inconsistent.

Outside of that, I enjoyed the characters, setting, Slavic mythos, and writing. The editing is pretty good too, up until the end when I noticed an increase in errors (though they weren’t overly disruptive even then). All in all, I’m going to call it a middle of the road read for me. But, of course, your mileage might vary. 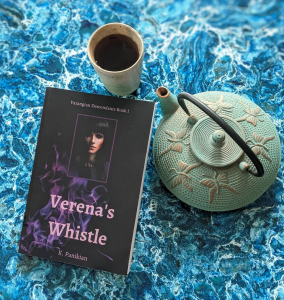