I had a lot of fun with the Wolf Marked reading challenge. As a reminder, three different books titled Wolf Marked were promoed on Sadie’s Spotlight fairly close together and I joked on Twitter that I should just read and review them all. Well, what started as a joke soon became reality and I decided to see if I could get hold of all of them. The last was a challenge since it wasn’t released yet. But I managed it and the battle of the wolf marked was on. 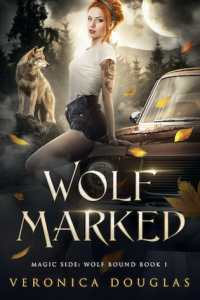 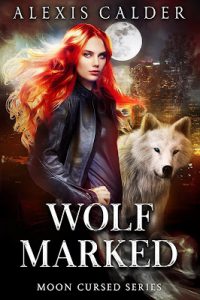 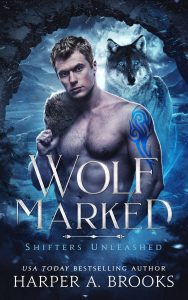 I set out to read Veronica Douglas‘ Wolf Marked, Alexis Calder’s Wolf Marked, and Harper Brooks’ Wolf Marked. I’ve accomplished it and it’s time to wrap the challenge up and call it done.

Being only three books long, I don’t know that it really needs a wrap-up post. But I think I do. It’s not until I write such a post that my mind stops going, “Oh, there’s another Wolf Marked (or whatever the challenge is), maybe I can add it in.” For example, I stumbled across Isabeau Cross‘ Wolf Marked book, and undoubtedly would have added it to the challenge if it was actually available now instead of next April.

So, to put a period on this challenge and call it truly finished, I’m bringing all three Wolf Marked reviews together.

I’m reluctant to declare a winner. I didn’t love or hate any of them. If I was truly forced to rank them it would probably go Calder, Douglas, Brooks. But they’re all pretty neck-to-neck honestly. They did have a lot in common though. All the heroines were pretty close in age, there were a disproportionate number of red-heads with freckles, and (of course) they’re all destined to love werewolves (though not all did by the end of the book).

All in all, I’d call the whole endeavor a success.