I’ve come across Rayne Hall on a number of social media sites. I’m familiar with her as an author, though I don’t actually know her. Her twitter avatar is Dahoud’s face. I’ve always liked the look of it, so based on pretty much just that I grabbed Storm Dancer off of the KDP list when I saw it. 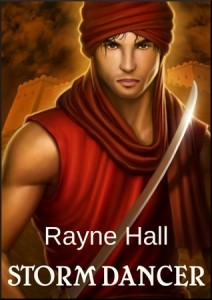 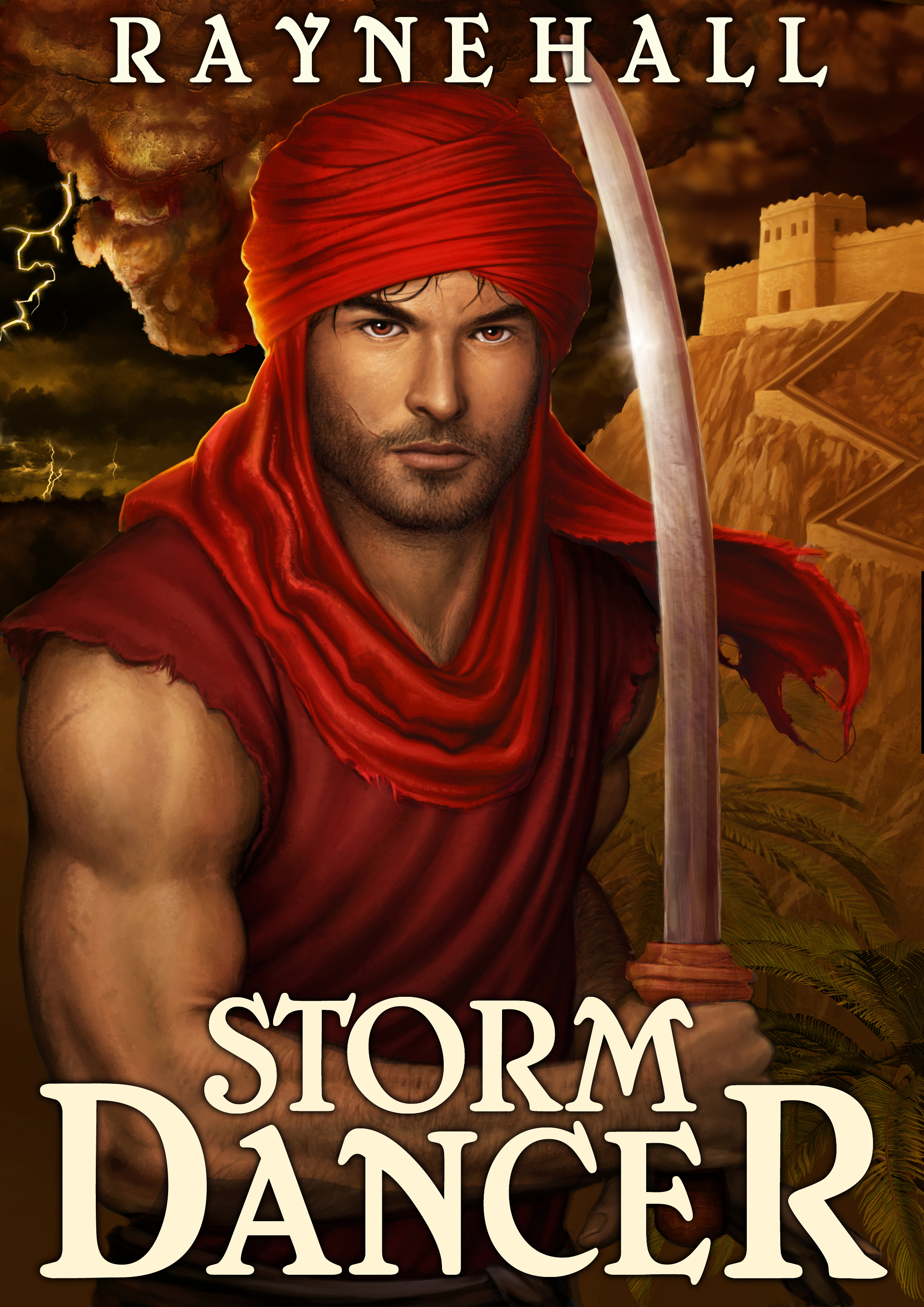 (For the record I completely prefer the first version of him, but the second is the one currently on Amazon and probably more accurate to the character.)

Demon-possessed siege commander, Dahoud, atones for his atrocities by hiding his identity and protecting women from war’s violence – but can he shield the woman he loves from the evil inside him?

Principled weather magician, Merida, brings rain to a parched desert land. When her magical dance rouses more than storms, she needs to overcome her scruples to escape from danger.

Thrust together, Dahoud and Merida must fight for freedom and survival. But with hatred and betrayal burning in their hearts, how can they rebuild their fragile trust?

Review:
Storm Dancer wasn’t at all what I expected and I was pleasantly surprised. Honestly I just expected a bit of a dark, rape-themed alpha male PNR (but still I read it). It’s a lot more than that. Yes, poor Dahoud is possessed by a djinn focused on the cruel sexual domination of women and he has committed horrible atrocities in the past. But the book is largely focused on his attempt to atone for those sins. He’s tempted constantly, but he’s also trying really really hard to be a good man. He is a seriously flawed anti-hero, and a disciplined soldier, but has to learn to recognise and discipline his subconscious too. Enter Merida. If there is one thing Merida thinks she is, it is disciplined of the mind. While Dahoud is straining to lash his mind down Merida is struggling to accept that maybe she needs to give hers a little more leeway. (Though I have to admit I loved her obsession with symmetry.)

Both Merida and Dahoud find themselves mired in the mind games of a despotic ruler, international politics, war and a complete lack of interpersonal communication. These two managed to go months without speaking to one another, which only served to exacerbate their alienation of each other. My heart went out to Dahoud over and over again, even though with his past one might question if he deserved my sympathy. All in all a well fleshed out story.

It did feel like the book took a long time to get started. The two main characters don’t even meet until 40 or so percent of the way through the book. But all of the world building and political back story that is revealed is useful to know. A few threads seemed to have been left open. What happened to Tarkan for example, but I didn’t really mind. The book was full of serious, dark themes but wasn’t a particularly dark read. It even had a fairly mushy ending. Defiantly glad I picked it up.