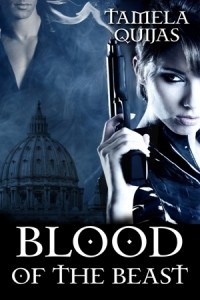 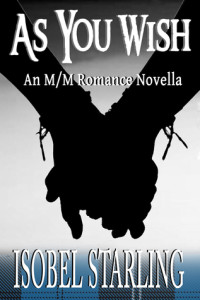 While Isobel Starling and I don’t know each other personally, we are in the same online book group together. When she posted that she had a novella coming out for a ‘Love is an Open Road‘ event, I offered to read it. She kindly sent me a copy of As You Wish for review.

Description from Goodreads:
1 wedding, 2 best men, one hell of a love story!

Declan Ramsay’s brother Oliver was marrying Annabelle Aiken at a fairy tale Castle on the banks of Loch Ness in Scotland. The bride and groom decided, so that he didn’t feel left out, Annabelle’s gay younger brother Sam Should share the best man duties with Declan.

Declan had never met the kid who was to be his joint best man.
Sam Aiken was abroad, working as an interpreter and finishing his studies. He wouldn’t meet Declan until a few days before the wedding, so the best men communicated and planned their speech by email for more than a year.

But on meeting Sam Aiken, Declan is surprised to realise the kid isn’t a kid at all, but a tall, blond and athletic young man. Declan is sure he’s straight, so he’s alarmed by the ferocious attraction he feels for Sam. And as the attraction is reciprocated, the events at Dunloch Castle change everything Declan has ever believed about himself.

But is Samuel Aiken all that he appears to be?

Review:
There is something about a man in a kilt. Hmmm, yes there is. Honestly, I think there is something about a man in just about any traditional costume. It seems to push the same buttons as a man in a well-tailored suit. Yum. So the very premise of this story ticked a couple boxes for me. And believe me, if kilts tickle your fancy, you need this book. There are some scenes…..

It also has two cute, likable leads. I enjoyed them and their irritation, embarrassment and eventual working out of differences.

The story kind of lost me at the end though. I understand that the ending opens the story up to further books. It would make a good series. But, for me, it was too sharp a left turn. It diverged too far from the story I had come to expect. But that’s probably a personal quibble, I’m sure others will love it.

The writing was clear and concise. There was humor, warmth and a HEAish ending. Worth picking up a free copy here. 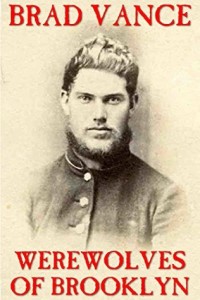 I nabbed a copy of Brad Vance‘s Werewolves of Brooklyn from the Amazon free list.

Description from Goodreads:
Darien Mackey wasn’t looking for an adventure. For ten years, he’d been happy living in Brooklyn, working as a butcher in the same job, living in the same apartment, dating some “nothing-special” guys. Until one night his buddy Jacob talked him into taking ayahuasca, the soul-changing drug. And Darien had a vision…of a wolf, its all-too-human eyes on him, its paws on his chest, its enquiring mind in his own…

Darien Mackey is changing. He’s more confident, more assertive, hungrier, hornier. And his world is changing around him – his job, his home, his beloved Mechanic’s Library all falling victim to the predations of unscrupulous developers, bent on demolishing the old Brooklyn he loves and replacing it with a forest of condos. But he’s no longer a passive observer of his own life, and as this thing, this power, grows inside of him, he resolves to fight back, to preserve the way of life he loves.

And he’s not alone in the fight. The Lipsius Preservation Society of Brooklyn stands ready to assist in the battle, even though it seems like a bit of a joke to Darien, with its King and its Duke, Marquess, Earl and Viscount.

But there’s nothing funny about his growing attraction to Albeus Finley, King of this mysterious Court. And when slumlords and condo-mongers start to die mysterious, violent deaths at the hands of savage animals, Darien begins to realize that something is afoot in Brooklyn – something supernatural.

And it’s afoot in him, too…

Review:
Ok, first things first, as a point of information rather than part of the review: despite the cover, this is not a historical novel. With the exception of a rather lengthy flashback this has a contemporary setting. That surprised me. As did the fact that the story ends at 82%, the rest being a sneak-peak of another book.

Moving on. I basically liked this but it felt insubstantial, at least the latter half did. It had a very strong start but then the pace picked up and everything happened too quickly and there developed a ‘Darien can do anything without consequences feel’ that just felt like poor structuring. The romance was almost instant, though I’m still not sure if this was a ‘fated mate’ scenario or just insta-love. There were mysteries left unsolved–why was Darien progressing in his change quicker than others, what was the friend’s trip like, where was the Count from, what happened to Daniel, what’s with the court titles anyway, etc.

There were also some hinky sexual roles going on. I’ll grant that I’ve been party to a few ‘penetration politics’ discussions lately, so maybe I’m just on the lookout for this, but I was greatly disturbed by the very clear association with bottoming and submitting or being submissive. Even when one character was described as a ‘power bottom who’s always in control’ he was also described as a submissive for being the catcher. How is that being submissive? I get it with the wolves, sure, but this was general. And it was all complicated by how much topy-top-top Darien’s personality changed once he decided he was willing to ‘submit’ to Albeus. At one point he (6 foot plus and over 200 pounds) really was carried up the stairs in a princess hold while he clung weepily to Albeus. That should tell you something.

I did appreciate that the men were kind of like hipster bears. (Though Darien hated the term hipster.) But they were big and bearded, wore flannel and long johns and started youthful urban businesses. Hipsters. Either way, it was nice to see a different body type presented as sexy.