I received an Audible code for a copy of Emma Hamm‘s The Faceless Woman.

Once upon a time…

A town will only suffer the presence of a witch for as long as she is useful. Aisling watches the flames lick her thighs and prays for a quick death. But when an Unseelie prince appears through the smoke, she does what any self respecting witch would do.

Bran should never have traveled to the human realm, and is shocked when a witch binds them together. His life is hers and he refuses to die. He saves her from the fires, casts a hex on the townsfolk for good measure, then whisks her away to safety. His only stipulation? She has to remove the binding curse.

Unfortunately for them both, she can’t. Witch and Unseelie must travel across the Otherworld to break the ties that bind them. Secrets and lies stand between them, but both will stop at nothing to save themselves.

I was honestly surprised by how much I enjoyed this. I love that almost every time I thought it was going to fall into some PNR trope it subverted it. Here’s an example (I’m paraphrasing), during the only (mild) sex scene Bran trotted out the common “say ‘no’ now, I won’t stop after this.” I hate when heroes do this and you hear it all the time in PNR, like the hero he isn’t saying “I’ll just go ahead and rape you if you try and stop me past this point” and the reader is supposed to feel it’s something else, romantic even. I groaned when he said it and then cheered when her response was, “I don’t want you to stop, but if you think I couldn’t stop you if I wanted to, you don’t know me well.”

That’s Aisling in a nutshell, never afraid to call someone out, never making herself smaller, never dulling her shine for someone else, but also never falling into harridan or shrew. I so much appreciated that both she and Bran were as honest with each other as they could be, never faulted the other for what was out of their control, and Hamm never took the easy ‘misunderstanding’ or ‘angry over secrets’ plotting path.

I look forward to reading more of this series, maybe going back and starting at the beginning. And if I can get the audio, even better, because Siobhan Waring did a marvelous job. 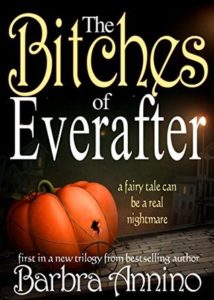