I agreed to review Maria DeBlassie‘s Weep, Woman, Weep as part of its Goddess Fish Promotions Book Tour. The book has also previously been featured over on Sadie’s Spotlight. So, you can nip on over there for author information and an excerpt. 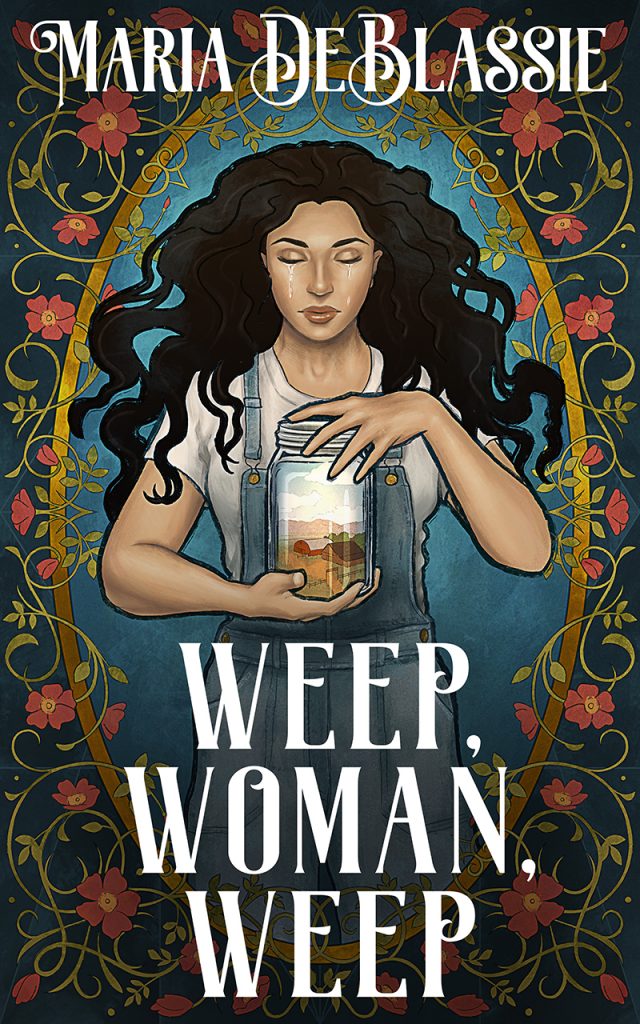 The women of Sueño, New Mexico don’t know how to live a life without sorrows. That’s La Llorona’s doing. She roams the waterways looking for the next generation of girls to baptize, filling them with more tears than any woman should have to hold. And there’s not much they can do about the Weeping Woman except to avoid walking along the riverbank at night and to try to keep their sadness in check. That’s what attracts her to them: the pain and heartache that gets passed down from one generation of women to the next.

Mercy knows this, probably better than anyone. She lost her best friend to La Llorona and almost found a watery grave herself. But she survived. Only she didn’t come back quite right and she knows La Llorona won’t be satisfied until she drags the one soul that got away back to the bottom of the river.

In a battle for her life, Mercy fights to break the chains of generational trauma and reclaim her soul free from ancestral hauntings by turning to the only things that she knows can save her: plant medicine, pulp books, and the promise of a love so strong not even La Llorona can stop it from happening. What unfolds is a stunning tale of one woman’s journey into magic, healing, and rebirth.

I admit that I am not really a raver. I tend to be fairly reserved in my praise. Regardless, I have to say that Weep, Woman, Weep is a truly exceptional story of surviving and escaping generational trauma (sometimes over generations, by virtue of dilution as much as individual grit). Through Mercy the reader is able to see the struggles and challenges of the endeavor—as well as the failures— and feel the exuberance of growth, revelation, freedom, and rejuvenation.

The writing is haunting and lyrical (quite gothic) and DeBlassie manages to relay the despair and dangers to Mercy’s (and the other young women of her town) without forcing the reader to sit through anything graphic for the shock factor. (It wasn’t needed.) The characters are likeable and distinct. The editing is clean and the cover is gorgeous. Whether you call it gothic horror, fairy-tales, or magical realism, I’ll be well up for more of DeBlassie’s writing.

I accepted an ARC of Rick Fishman’s The Navajo Event for review. Being an ARC, it hasn’t had it’s final edit yet (including the cover). But this is the version I have. 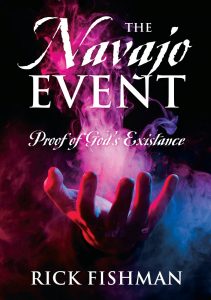 A young couple is caught in an apartment fire and their only means of escape is leaping out a second-story window. The husband does not survive. The woman, Carli, undergoes surgery for severe burn wounds and a broken spine. But when a medicine man performs a Navajo healing ceremony, Carli’s skin miraculously becomes healthy again. And even more surprising, her spinal hardware has vanished!

Worldwide debate ensues and even the pope weighs in. Is it a miracle? Or a monstrous hoax to get rich and cover up the murder of her husband?

I think The Navajo Event had an interesting premise. It reminded me a bit of Anatomy of a Miracle, by Jonathan Miles, in that the focus of the book isn’t so much the miraculous event, or even the question was it or wasn’t it a miracle, but on the fallout from the event on normal peoples’ lives. The book doesn’t quite have the nuance of Miles’ book, nor the emotional impact. But it probably has more heart.

You actually feel this in one of my biggest complaints about the book. The POV character isn’t the recipient of the miracle. It isn’t Carli—and she is little more than a cardboard cut out of a kind daughter, honestly. It’s her dad. The male head of household who seems to be the only person in the book with any true agency or depth. His daughter is a 26-year-old widow and her dentist is still calling him about her records. The doctors talk to him about her medical condition. He sits in the investigative meetings. He is who everyone calls at every stage of the book. Not his wife, never Carli herself, only the father. Why? I really felt this was a failing in the narrative. But at the same time, you could also feel the love he had for his daughter.

I also really appreciate that the book brings together Jewish, Catholic and Navajo traditions and lets them coexist peacefully. And does so without ever calling attention to itself for doing it.

The writing itself is pedestrian, but certainly readable. My edition was an ARC, but I still felt like it was pretty well edited. I feel like this book will find an audience that appreciates its off the wall antics and brief foray into the metaphysical. But I also think that there will be others who find the events too slapstick and slapdash to countenance. And the only real way to know where you fall on that spectrum is to read it and find out.

The Navajo Event by Rick Fishman

I borrowed an audio copy of Sarah Penner‘s The Lost Apothecary through Hoopla. It was narrated by Lorna Bennett, Lauren Anthony, Lauren Irwin. Soooo, Lorna, Lauren and Lauren. The alliteration makes me happy. 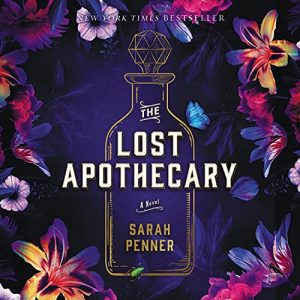 A secret network of women.

A legacy of poison and revenge.

Welcome to The Lost Apothecary.

Hidden in the depths of 18th-century London, a secret apothecary shop caters to an unusual kind of clientele. Women across the city whisper of a mysterious figure named Nella who sells well-disguised poisons to use against the oppressive men in their lives. But the apothecary’s fate is jeopardized when her newest patron, a precocious 12-year-old, makes a fatal mistake, sparking a string of consequences that echo through the centuries.

Meanwhile in present-day London, aspiring historian Caroline Parcewell spends her 10th wedding anniversary alone, running from her own demons. When she stumbles upon a clue to the unsolved apothecary murders that haunted London 200 years ago, her life collides with the apothecary’s in a stunning twist of fate – and not everyone will survive.

I’m going to be honest; this book probably deserves more praise than I can heap on it. I thought it was well written and, as a middle-aged, married woman, who (like the character) gave up several educational dreams in exchange for stability, has faced the difference between happiness and contentment, and has consequently also just applied for to return to graduate school, I can honestly relate to A LOT of what Caroline is dealing with in the book. So, I can speak to realism.

But…BUT…I’m normally a binger. I start a book and want to finish it all in one go. Doesn’t matter if it is a physical book, ebook, or audio, I like to read things all together. Despite that, I checked this book out from the library, had to renew it, and then almost had to renew it a 2nd time before I managed to actually finish it. It just wasn’t nabbing my usually very easily grabbed attention. I struggled to force myself to pick it and sit with it long enough to reach the end. Maybe it was just too close for comfort in some aspects, but maybe also I was just bored. Regardless, I think the problem was 100% me not the book.

I do think it has a beautify cover (that’s why I picked it up) and I’m endlessly amused that the narrators are named Lauren, Lauren, and Lorna. (Yeah, I’m easily amused sometimes.) 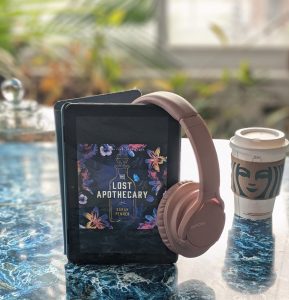