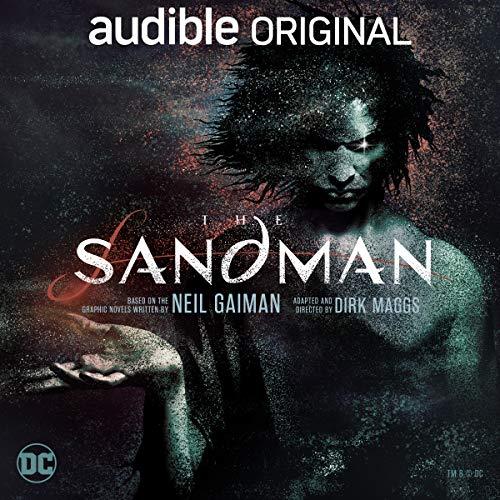 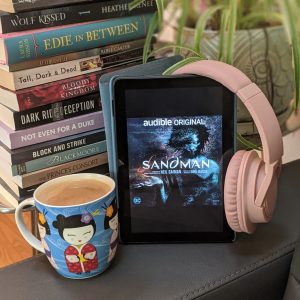 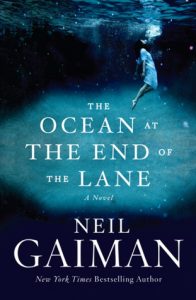 I borrowed a copy of Neil Gaiman‘s The Ocean at the End of the Lane from my local library. It was my book club book this month.

Description from Goodreads:
Sussex, England. A middle-aged man returns to his childhood home to attend a funeral. Although the house he lived in is long gone, he is drawn to the farm at the end of the road, where, when he was seven, he encountered a most remarkable girl, Lettie Hempstock, and her mother and grandmother. He hasn’t thought of Lettie in decades, and yet as he sits by the pond (a pond that she’d claimed was an ocean) behind the ramshackle old farmhouse, the unremembered past comes flooding back. And it is a past too strange, too frightening, too dangerous to have happened to anyone, let alone a small boy.

Forty years earlier, a man committed suicide in a stolen car at this farm at the end of the road. Like a fuse on a firework, his death lit a touchpaper and resonated in unimaginable ways. The darkness was unleashed, something scary and thoroughly incomprehensible to a little boy. And Lettie—magical, comforting, wise beyond her years—promised to protect him, no matter what.

Review:
I appreciate the way this wrapped around into something satisfyingly circular. I thought it was well written, with a good voice and thoughtful perspective. Seeing a seven-year-old’s perspective on things reconsidered with adult eyes was interesting. For the most part I really enjoyed it. It just felt a little too fantastical and weird at times. Like maybe Gaimen needed to reign himself in a little.