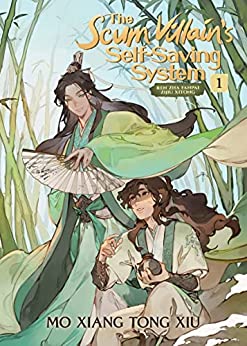 I didn’t know much about The Scum Villain’s Self-Saving System when I bought this light novel. I’d seen clips of the donghua here and there. But I’d not paid much attention to it, because I didn’t like the animation style. But like so many of us, I’d seen the live-action version of The Untamed

But what I found significantly more amusing than I expected was the parody aspect of the story. It’s very meta—aware of what it is and good-naturedly mocking the genre, authors, conventions, and character arc types of what is, in essence, itself. I laughed several times at it.

When I finished this volume, I went ahead and finally watched the donghua, which follows the book quite closely (but loses a little of its meta-ness), and pre-ordered volume 2 of the print series. Here’s the thing though, I ordered it more on my expectation of liking where the story is going than my love of this volume. 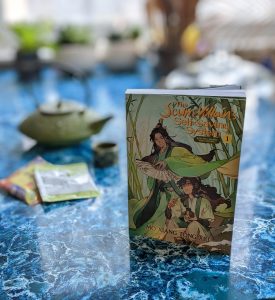