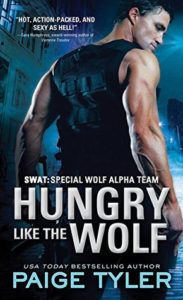 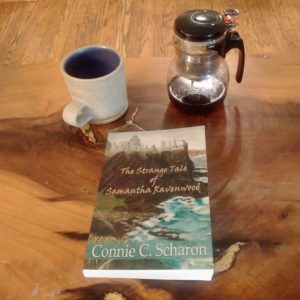 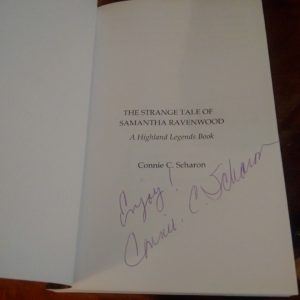 I won a signed copy of The Strange Tale of Samantha Ravenwood, by Connie C. Scharon, through Goodreads.

Description:
Samantha Stewart explores the ruins of Carraig Castle and falls through an ancient time portal. Stunned and disoriented, she finds herself captured and fighting for her life in medieval Scotland. With a swipe of his sword, John Ravenwood saves her life. Samantha falls in love with her rescuer. Trapped in the thirteenth century, she marries him. But a frightening prophecy threatens their happiness. Samantha must choose between John and the life of her unborn child, a choice that will seal her destiny.

Review:
This book was a big fat raspberry for me. I mean, the whole thing is one giant anachronism. American girl from 1986 finds herself in 1291 Scotland and easily gets on with life. What? She learns to say, ‘aye’ instead of ‘OK’ and no one notices she’s not local? Um…in 1291, Scotland spoke Gaelic or Pictish and even those who spoke English, it would be OLD English. She would not be able to communicate with these people. Someone is said to have died of a massive stroke….um….did the medical establishment of 1291 (or the healer) know what a stroke was? And the whole thing hinges on someone being raped (and I’ll get to my problem with that in a moment), but as unpleasant as it may seem, the rape of a non-aristocrat by an aristocrat would not have been considered all that grievous at the time. Quite simply, the whole book is based on 21st century mores, placed on 13th century characters. It doesn’t work.

Now, I’ll admit up front that rape in books is a hot button for me. I don’t have any problem with it in general, but I think it is FAR FAR too frequently and easily used, so I’m critical of it when it pops up in a story. And as is so often the case, I thought this book used it to sensationalize how bad, bad, bad the baddies must be. They’re bad….they rape women, they MUST be bad. See? And while one woman, who had to endure years of incestuous rape, does show some trauma from it, the main character is almost raped twice, the second time violently and ten minutes later is turned on and fantasizing about being taken hard by a second man (the hero). Um….no!

There is insta-love/lust. There are endless declarations of romantic love. The sex is redundant. The writing is often painfully purple, especially around the too frequent sex scenes. Problems popped up and were resolved with no build-up or tension. The 20th century 20-year-old speaks, even in her internal narrative, like a 40-year-old medieval scholar. And I do not consider the little bit of a rushed ending the epilogue gives us to be happy.

So, all in all, while the writing is ok, if stiff, this book did not work for me.

What I’m drinking: A mix of Starwest Botanicals Roasted Chicory Root and dandelion root. Annoyingly, I burned myself making it too. 🙁 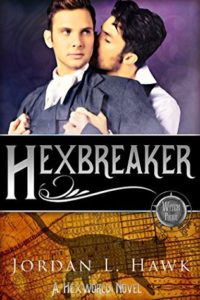