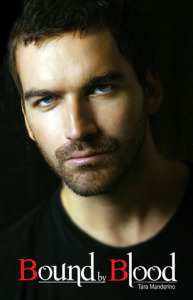 Description from Goodreads:
In his two-hundred and fifty years as a vampire, Alex only observed, never intervened with any of his progeny, yet what else can he do when a little girl of his lineage is kidnapped? When he meets Lisa, the child’s nanny, his protective instincts kick into gear, yet he finds he must expose her to ever increasing danger as they search for the missing child. To protect Lisa from perils she is unaware of, he harbors her in his own home.

With Lisa’s help, Alex is able to determine who has the child. Learning why she was abducted rocks him on his heels and sets off a transcontinental search that leads to ancient myths of the Cardinal’s Ruby; the stone in Alex’s ring.

Alex and Lisa have one shot to save the child, but will they be able to stop the impending destruction raining down?

Review:
I’m afraid I gave up on this at 40%. I just wasn’t going to be able to make it any farther. (And I hate not finishing a book.) It’s like Manderino went out and read the 50 most popular PNR novel and then took the 50 most common scenes and crammed them into a novel. As a literary experiment, it might have been interesting, but as an attempt at a readable novel it failed.

For example, how many PNR books have you read in which a man can’t get a woman to be quiet so he kisses her? Yep, that’s in here, except it makes even less sense than normal (and lets be honest, it almost never makes sense anyway). Here they’re running down a sidewalk, in a hurry, both mad and he actually even has a free hand he could cover her mouth with if just stressing the importance of quiet didn’t work for him. Plus, it REALLY came out of nowhere.

Or how about the ‘the only way I can keep you safe is if you come to my house’ trope? Yep, that’s here too. But it shows up after the characters have known eachother for less than 24 hours, only in professional capacity and there has been no credible build-up of…well, of anything (friendship, lust, love, trust, anything). The two had hardly even spoken. The reason these scenes are familiar is that they pop up a lot, but to see one book with so many of them (even at only 40% through) makes the whole thing feel horribly unimaginative.

Everything is flat. There is no emotional resonance in anything. Alex tells Lisa he’s a vampire…no reaction. He flies with her across the room…”nice trick,” she says. But even worse than that, is the whole attempt at a romance. The book pulls all the expected shticks. He can’t stop thinking of her. He’s enamoured, but doesn’t know why. Bla Bla Bla. But the thing is that their meeting is dull. There is no build-up in their attraction, but neither is there any dun dun dunn big deal meeting. So, Alex’s attraction to her (or love or lust or whatever, it’s not even clear because it’s so poorly executed) feels completely out of left field, unsupported and hollow…FLAT, like everything else in the first 40% of the novel.

Alex is supposed to care so much that his great-great…granddaughter has been kidnapped, but he doesn’t seem to actually be all that concerned. She’s referred to as ‘the child’ throughout the book, he walks away even after discovering where she is, he never asks what she’s like, etc. Again, it’s just FLAT.

The heroine is Too Stupid To Live and does all the expected stupid things that heroines do in such books. She runs off on her own after being told how dangerous it is because she didn’t get her way. She disbelieves everything she’s told loooong after her disbelief is no longer believable (come on, the man picked her up and levitated across the room and she didn’t bat an eyelash and still didn’t believe he was a vampire when he told her). She makes rescue attempts on her own instead of calling anyone for help, etc. Honestly, it’s the TSTL aspect of the book that finally made me give up. When she ignored all reasonable warnings about the danger and AGAIN ran out on her own to try and rescue Sandy I gave up.

But nothing was helped by the fact that there are no transitions between events, no character development, no world-building, and names are used too often in dialogue. The book needs a copy edit and I just can’t take anymore.

I normally wouldn’t review the book since I didn’t finish it. But since it was the fifth book in my Bound By Blood challenge, not reviewing it would leave my challenge incomplete and that would have haunted me.