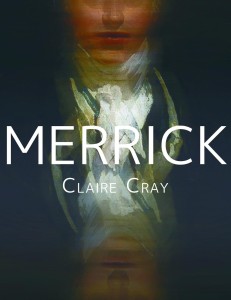 I grabbed a copy of Claire Cray‘s Merrick when it was free on Amazon. At the time of posting, it was still free.

Description from Goodreads:
New York, 1799: the future looks bright for the charming young book dealer William Lacy, until a raucous night of drinking lands him in shackles. He narrowly avoids the brutal prison system thanks to his mother, who negotiates with the judge to secure him a five year apprenticeship in lieu of a prison sentence. And so William finds himself in a carriage bound for the remote woods upstate, where he’ll spend the next years of his life learning a new trade under some old master.

When he first sees Merrick, William thinks he’s been dropped into a medieval horror story. Tall and gruff, dressed in a hooded robe that completely conceals his features, and riding a black mare, Merrick might as well be the Grim Reaper.

But appearances are deceiving. A skilled apothecary and healer, Merrick proves to be a generous host and a gentle teacher, and William soon finds himself surprisingly comfortable in his new surroundings. And yet troubling mysteries abound: Why does Merrick never show his face or hands? Why do his movements seem so young and sure beneath his robes? What lies within the cave behind the stone cottage?

Something unnatural is afoot. But most alarming by far is William’s own reaction to his new keeper. For Merrick’s strange charms are bewitching enough by day; but by night, in the darkness of the room and the bed they share, William finds himself entirely overwhelmed by desires he never imagined…

Review:
I don’t usually use ratings on this blog, thus forcing people to actually read the review if they want to know my thoughts. But I’m going to for this book. For the first half I was all like, “Hell yeah, this is shaping up to be a 5-star read.” Then not long after the halfway mark it started to falter, but I was still like, “Well, maybe a 4-star.”

Then the inevitable happened (because I’ve read Ms. Cray’s work before and I should have expected it). From one page to the next, essentially mid-scene, the book JUST ENDED—no tapering off, no indication that the end was approaching, no conclusion, no feeling of satisfaction to tide you over until the next book—nothing, nada, nichts. Just poof, we’re done here. It wasn’t even a cliffy, since there was nothing culminating into a cliffhanger. The book just ended at what felt like some random junction and I was like, “Forget that, I’m dropping another star for my basic dissatisfaction.” So, in the end this is a 3-star read.

Now, Ms. Cray calls herself ‘spooky romance writer’ and I think that describes this work. What I liked so much about the beginning of the book and what was lost toward the end was the atmosphere, the spookiness. I really enjoyed that. I even enjoyed William’s unfathomable acceptance of things and Merrick’s confusion over it. With the exception of the ending issue (which I think is one of Ms. Cray’s hallmarks, hate it as I might) it’s a well written piece of m/m romance and I love the cover.

I won’t be continuing the series, though. I learned my lesson with Cray’s Hidden Talents series, where I read seven novellas and still got nothing approaching a satisfying ending, or any ending for that matter. I sometimes wonder if some, otherwise awesome, authors just don’t know how to write conclusions so never, well, conclude a story. If you don’t mind being strung along, this is a good one. I do, so…