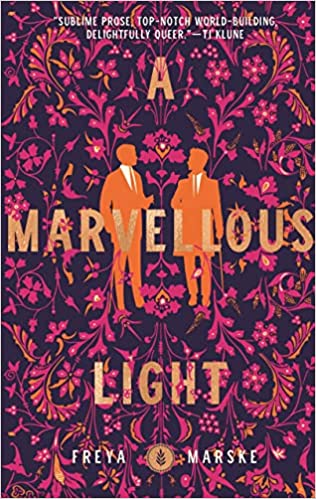 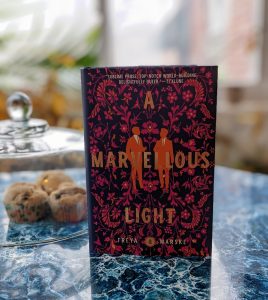 I accepted a review copy of A.J. Sherwood‘s A Mage’s Guide to Human Familiars through Eliza Rae Services and I read it as my FIRST book of 2022! It was also featured over on Sadie’s Spotlight. 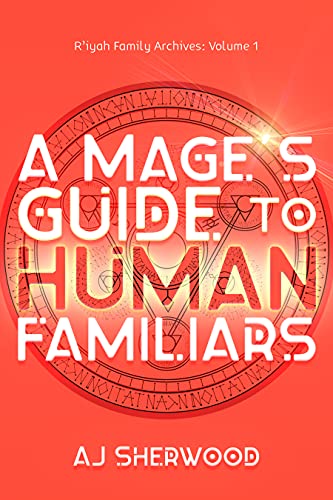 One mage, Bel Adams – needs a familiar, gun shy about being rejected by one again.

One familiar, Nico di Rossi – Army Ranger, needs a change of pace and a new purpose in life.

Plus one familiar, Garen Dallarosa – Secret Service, needs his ex-lover Nico back.

One second chance – all for the taking.

I thought that this was really cute and I enjoyed the heck out of it. I liked all of the characters, including the side characters and I was really rooting for the relationship to work out. However, I also thought that the book dragged in the middle, with too much time dedicated too many random things and going on equally random missions, as all the men mulled over the same things. I would have liked to know a bit more of the world in general, how magic, mages, and familiars fit into it, for example. I thought the dialogue tripped into cheesy occasionally and the whole thing just got too childishly ridiculous at points (especially around Nico’s character). All in all, however, I liked a lot more than I didn’t and I’d happily read more. 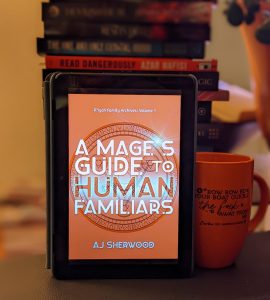 Review: A Mage’s Guide to Human Familiars by A.J. Sherwood

I purchased a paperback copy of Kasia Bacon‘s Twenty-one Arrow Salute some time ago. I’m not sure why it’s sat unattended for so long. 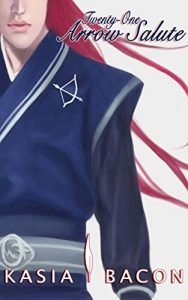 Freshly enlisted in the Highland Regiment, he does all he can to steer clear of responsibility and commitment. Just not his cup of mead, that. Loose of tongue and even looser of morals, he rarely misses an opportunity to get into trouble—and into the other archers’ knickers, too.

In a unit composed almost entirely of Dark Elves, Hernan Seinnés, with his green eyes and auburn hair, is an outsider. When Verhan, up the creek again, is blackmailed into helping Hernan, he never expects to fall for him. But during the long hours spent training Hernan for the Honour Guard, feelings strike the Highlander right in the heart—and with the force of an arrow.

Unversed in relationships, Verhan finally plucks up enough courage to tell Hernan how he feels, only to drive the Asirhwӱnian away instead. If Verhan can swallow his pride, he might get one last chance to show Hernan what he means to him—and maybe this time he can hit the mark.

I had this marked as READ in my Calibre file, but hadn’t written a review for it. Which left me in an uncertain space. Had I read it? Yes…no…maybe. In the end, I decided to either read it or re-read it. And I’m glad I did. I so love Bacon’s use of feels, sarcasm, and characterization. But so many of her works are too short for me. (Just a personal preference kind of thing.) This is a bit longer, but still full of all the character, feeling, and wit I adore in her shorter works. (In fact, it’s longer, so it has more even.) I’m so happy to have read it…for the first time or not. 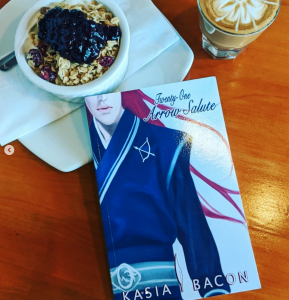 What I Think about Twenty-One Arrow Salute by Kasia Bacon