In my little corner of the internet there has been a resurgence of the argument that people of color aren’t put on book covers because it adversely effects the sales of the book. And because America (I can’t speak for the world) really isn’t a post-race culture, no matter how much some people would like to argue that it is, there is unfortunately probably some truth to this argument. And it will likely remain so until the day it isn’t. I don’t have the answers to how we get there, but I do know that, as a reader, buying, reading and reviewing books with characters of color on the covers is a step in the direction of proving to publishers that they are as safe a bet as anything else.

Unfortunately, I’m not rich. I can’t run out and buy all the books. (How I wish I could buy all the books!) What I can do is make a point of reading and reviewing book I already happen to own that have non-white characters on the front. Below is the list of such books. It doesn’t include anything I’ve already read or that I request from the library (though I’ll add the latter to the challenge retroactively, along with any I find that I’ve missed).

Now, the choice of these books was problematic in as many ways as you can imagine. For one, I simply scrolled through my Goodreads bookshelves and took from them the books that had obviously non-white characters. I’m sure I missed some. I’m sure that if I’d marked other versions of some books not included, they might have been included, and conversely wouldn’t have included some I did. What to do with images that were clearly meant to be from one culture, but the model was white? Does it count if the book is a biography and the publisher had no choice but to put the person on the cover of their own book, or if the book is set in a largely homogenous time/country, like feudal Japan. What if it is a picture of an often objectified and exotified group, like Geisha? What if I strongly suspect the actual text will turn out to be a White Savior story, or problematic in some other fashion? And lastly, I had to make a visual judgement, sometimes on nothing more than a shadowed, headless torso. I just plain  might have gotten some wrong. When in doubt, I chose to be more inclusive than less. I took the same route when faced with characters of color in obviously secondary position on a cover. Hopefully, it’s the intent that counts here. 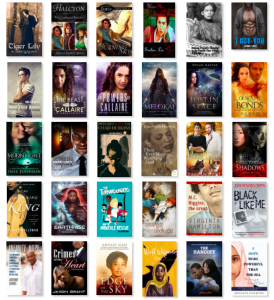 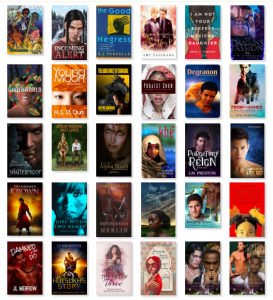 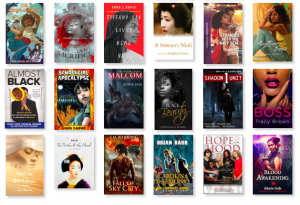 There are 78 books in that list (I’ll put links at the end of this post) and, while that might seem like a lot, it is pulled from a very large pool. I own a lot of unread books. Many of them don’t have people on the front at all, but of those that do, they are largely white people. So, no special props for me because I happen to own 78 books I’m simultaneously saying are comparatively rare.

This first challenge post really isn’t anything more than a reference point for myself and a chance to invite others to both join me and discuss the idea. What do you think, small drop in a big pond but worthwhile, performative, interested in joining me?

Would it Be Okay to Love You?

I Am Not Your Perfect Mexican Daughter

The Dragon’s Passion
Underworld: Sex, Drugs, and a Loaded Gun

The End of Eden

The Dark Horse of Shanghai

The Girl With Two Names

—–  Review.
From Far Away To Very Close: Seda’s Story

Damned If You Do: The Complete Collection

The Art of Three

Dreaming on an Arabian Carpet

I Love It Rough

Kiss Me to Spring Time

Human Property Hanging in the Family Tree Yields a Harvest

Of Beasts and Bonds

—  Review
Between the Lies

Their Eyes Were Watching God

.  —   Review
The Turnarounders and The Arbuckle Rescue

The Disassembled Life of Duncan Cole

Crimes of the Heart

To the Edge of the Sky

A Hope More Powerful Than the Sea

Girl in the Glass

The Geisha and The Monk

Hope in the Hood

Added to the challenge: