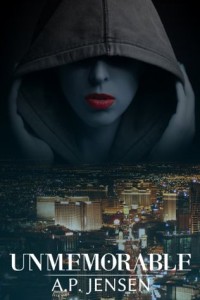 I picked up a copy of  Umemorable, by A. P. Jensen from the Amazon free list.

Description from Goodreads:
A housekeeper with mad street smarts collides with a supernatural bodyguard who’s been sent to protect her from an underground war that has raged for centuries.

Raven leads a solitary existence and that’s the way she likes it, but the life she knows turns upside down when her apartment gets gunned down and Cain Henson steps in. Cain’s been sent by a Seer who believes Raven is a woman of prophecy that can control an ancient army that no one can see.

Filled with mystery, magic, a kick-ass heroine and romance, Unmemorable will lead you on a wild adventure that will keep you on the edge of your seat and guessing until the last page.

Review:
Nope, I was not impressed, not at all. The bones of a good story were here. The writing is pretty good. The editing is un-noteworthy, meaning it didn’t grab my attention, which is what you want in editing. But there my praise mostly ends. Yes, I’ll concede that Raven was sassy and determined to remain independent. Both of which are good qualities, too bad they’re completely undermined at every single stage of the book. Every-time she attempted independent action she ended up in trouble, needing rescue.

She’s obstinate to the point of ridiculousness. Well past the point when the truth is impossible to deny she’s still denying it and insisting on going back to work, which is just stupid and suicidal. As is insisting she be allowed to go to the club when people are hunting and trying to kill her. It was so obviously only a chance to get her in a skimpy dress so he could ogle her and move the sex along that I actually cringed. But mostly it was just STSL.

The sex was…oh, wow…bad. When she yelped indignantly, he pulled off her pants and put on a condom. Before she could sit up, he sat with his back against the headboard and pulled her over him to straddle his cock. That’s her loosing her virginity and there is literally NO FOREPLAY (or hymen to deal with). All of the sex is like that, abortive and un-erotic.

There are also a few plot holes that, while maybe not large, annoyed me. First, she is so forgettable that her mother literally walked away and accidentally left her in a park at 1 day old. So, how did she manage to get raised in foster care? How did her Foster parents remember her? Second, if she is so dramatically forgettable how has she made it to 27 without noticing that this is something special? It’s freakin’ impossible. People forget her between one blink and the next, even when standing in front of her. But it did provide the perfect opportunity to show a woman as so stupid she doesn’t even know about herself until a man (Cain) comes along and mansplains it to her. No thank you.

Similarly, she is a Barbie. I don’t mean her physical appearance. I mean the book is full of things she’s never done, never experienced, never tried, etc. It’s so prevalent that I finally decided she didn’t really exist until Cain showed up to see her and take her out of her packaging, because apparently she spent 27 years doing nothing.

But worst of all, the whole this is bloody boring. Almost nothing happens. They play scrabble, talk and watch Lost (an unfortunate and dated media reference). Then nothing concludes or wraps up. As far as I’m concerned it might as well have been a series of random events with no beginning point and no end. 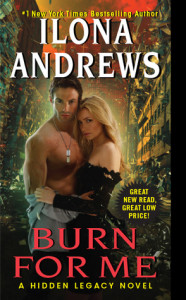 I bought an e-copy of Burn For Me, by Ilona Andrews.

Description from Goodreads:
Nevada Baylor is faced with the most challenging case of her detective career—a suicide mission to bring in a suspect in a volatile case. Nevada isn’t sure she has the chops. Her quarry is a Prime, the highest rank of magic user, who can set anyone and anything on fire.

Then she’s kidnapped by Connor “Mad” Rogan—a darkly tempting billionaire with equally devastating powers. Torn between wanting to run or surrender to their overwhelming attraction, Nevada must join forces with Rogan to stay alive.

Rogan’s after the same target, so he needs Nevada. But she’s getting under his skin, making him care about someone other than himself for a change. And, as Rogan has learned, love can be as perilous as death, especially in the magic world.

Review:
I almost passed this one up because I find that cover so horrible. But it was on sale at Amazon yesterday and I love the Kate Daniels series, so I gave in and snagged it. I’m glad I did. Turns out the heroine is nowhere near the limpid fashionista that cover makes her look like. In fact, that cover presents the entirely wrong tone/feel for the whole novel. Thank goodness or I wouldn’t have liked it anywhere near as much.

Nevada is awesome. She held her own, kicked some serious ass and still felt like a woman. Rogan is an alpha’s alpha type man and while he was an asshole, I enjoyed his upfront jerkery. Together, however, the two were just freakin’ hilarious. That’s the main thing I appreciated about this book, the humor.

Now, I did think there was an awful lot of, ‘Oh, his manly, masculine maleness is sooo sexy.’ *Rolls eyes* And, while I get that his moniker was Mad Rogan, it felt really strange to hear him introducing himself by that name, as if Mad was his first name. Lastly, the epilogue felt really contrived. But I stayed up until 2am to finish it and if the sequel was out (not until Oct. 2015 apparently) I’d have bought it before going to bed so I could start it today.

Edit: According to I. A.’s blog, the publication of White Hot has been pushed back. 🙁 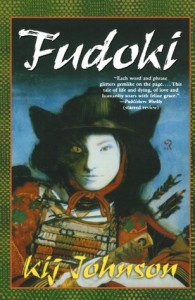