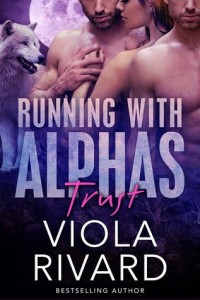 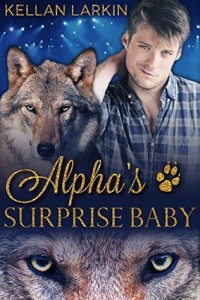 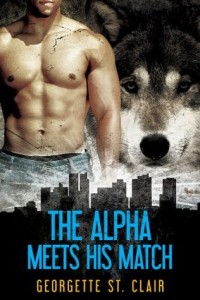 I picked up a free copy of Georgette St. Clair‘s The Alpha Meets His Match on Amazon. I believe it is perma-free.

I’m reading it as part of my Alpha Review challenge. I’m reading all the books on my shelves that include the word Alpha. I did Omegas a few weeks ago and it seemed like the thing to do to follow it up with Alphas.

Description from Goodreads:
Coyote shifter Bobbi Jo Simpson, top investigator for the Enforcer’s Council, is finally closing in on the ultimate prize: The Chemist, who’s been poisoning shifters all across the country for years. She’s the best at what she does, so what could possibly go wrong? Try: just about everything. She’s forced to partner up with the most stubborn, infuriating werewolf private investigator on the planet, who also happens to be her fated mate. Throw in a wily human thief who won’t stop trying to help her, a surly lion shifter who may be the death of her, a computer genius who knows too much about her…if she survives this case, it’ll be a miracle.

To get what he wants, he’ll ruthlessly use his supernatural strength, his wealthy connections, and Bobbi, the beautiful coyote shifter who’s following him for reasons of her own. But the coyote is his fated mate – and possibly his mortal enemy. Now it’s not just Jax’s heart that’s at risk – it’s his life.

Review:
I’m gonna be a Ranty Ranty McRanty-pants on this one I’m afraid.

So, this book was a total, total, TOTAL fail for me. It just includes every weak woman cliché that drives me crazy—the good girl who wanders into the slums and almost gets gang raped (except that she’s rescued by the hero), the woman who is given free drugs until she’s so addicted she’ll crawl and beg and blow three men while being humiliated and beaten for her next fix, the strong, capable, independent heroine who secretly just wants to submit to the big strong man, the need to force a woman in a sexually compromising position that she secretly enjoys, sexual humiliation as character development, and of course, enough gang rapes to keep me disgusted well into next year.

Having finished it, I can confidently say that there is not a single woman in this book who isn’t a sexual victim of some sort. Not one. Every female non-main character is either a blithering sex slave, a prostitute throwing herself mindlessly at a man or a rape victim (often more than once of those at once). The two main characters have both been sexually abused. Forget the Bechdel test, this fails life and as sad as it is to say, I bet the author doesn’t even realize this is the shit she wrote. It’s just that much of a norm in America.

It’s like rape and abuse of women is some sort of authorial shorthand for ‘bad man’ or ‘bad area.’ Want the reader to know the neighborhood is not just dangerous, but really dangerous? Rape a random ‘good girl.’ Gang rape her, even better. Never males though, this gives a different message. Want to ensure your reader knows your villain is truly irredeemable? Have him rape women. Maybe make him a drug lord who can systematically gang rape whole harems of drug addled women. That’ll surely get the message across.  I DON’T WANT TO READ SHORTHAND! And what’s more, I do not want to read a parade of clichéd female misery and victimhood.

Literally, every time Vaughn’s perspective came up I gave very serious consideration to giving up on the book. Not just because he was such a vile character, but because his vileness was so poorly written. Sure, he did horrible things, but they were things purposefully designed to bluntly telegraph **I am an evil man,** rather than to develop any sort of believable evil character.

I’d see Vaughn and think, “Great, now I have to sit through another gang rape and more abuse lobbed at mindless, defenseless women. I get it, he’s bad. Can we move on now?” And you know what, I was right every freakin’ time. Scenes with Vaughn were universally abusive, derogatory, rape scenes. It shouldn’t be so freakin’ predictable.

At 37% into the book, I made myself a note of how unimpressed I was with this common use of women in books; how I didn’t expect to see a single female character that wasn’t a victim of some sort and that by the end the author would put the heroine in the hands of this rapist villain. If she just wanted to give the hero a chance to save her (because she wouldn’t save herself) he’d get there in time. If the author wanted to add the extra shine to his character, he wouldn’t get there until she’d been raped. Then he could be such a good man that he’s willing to love a sullied woman. PEOPLE, I SHOULD NOT BE ABLE TO PREDICT THE EVENTS OF A BOOK SO WELL AT 37% THAT I EVEN KNOW THE SUBTEXT THE AUTHOR WANTS ME TO READ FROM THEM! At least the author took the first option. That was a relief.

On a less horrendously offensive note, I was annoyed when the mission required the characters pose as a couple in a BDSM club. Of course, with no conversation, she’s automatically the sub and he’s the dom; because obviously women are submissive and men are dominant. Riiiight. Wouldn’t want to include anything that isn’t trite and predictable. How many times have uncomfortable female characters had to dress in slinky clothing and go to sexy clubs with men as part of an investigation in books? How many times have they secretly enjoyed it? I swear I’ve read this EXACT scene a dozen times. In fact, I’m pretty sure I’ve written this exact same question into at least one other review. It really does get old and it’s not even a little titillating. I’m just bored by more of the same.

And that’s the thing about this book. Everything in it has been seen before. If the rapes had been scaled back I probably would have just been annoyed instead of disgusted. But to have to read over-used, under-developed, badly edited, bog standard, poor PNR tropes on top of rape wallpaper? No, just NO, in big, fat, bold capital letters.