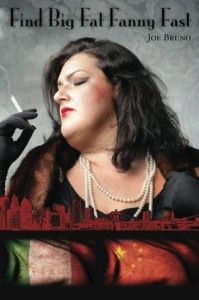 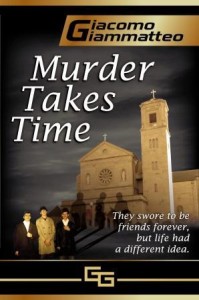 Author Giacomo Giammatteo (who has possibly the coolest name ever) sent me a copy of his new novel Murder Takes Time. This book had 25 5* reviews on Amazon.com when I got it. It has 26 now.

Description from Amazon:
A string of brutal murders has bodies piling up in Brooklyn, and Detective Frankie Donovan knows what is going on. Clues left at the crime scenes point to someone from the old neighborhood, and that isn’t good.

Frankie has taken two oaths in his life–the one he took to uphold the law when he became a cop, and the one he took with his two best friends when they were eight years old and inseparable. Those relationships have forced Frankie to make many tough decisions, but now he faces the toughest one of his life; he has five murders to solve and one of those two friends is responsible. If Frankie lets him go, he breaks the oath he took as a cop and risks losing his job. But if he tries to bring him in, he breaks the oath he kept for twenty-five years–and risks losing his life.

In the neighborhood where Frankie Donovan grew up, you never broke an oath.

Oh yea,  a full five stars for this one! Murder Takes Time is ostensibly a pretty straightforward cops versus the Mafia murder mystery, but it doesn’t take long to realise that there is a lot more to it than that. Tony ‘the brain,’ Nicky ‘the rat,’ Paulie ‘the suit’ and Fankie ‘Bugs’ Donovan are fabulously conflicted characters, with full histories and a genuine desire to do right by their friends (even when failing miserably). You really feel for them (one in particular, but I don’t want to ruin anything).

“Rule number 2: Murder has consequences”, and so does everything else. This is a book that highlights impeccably the damage that can be done in the spur of the moment. It moves along at a good pace, never seems to drag more than necessary, throws a few red herrings at you to keep things interesting and ends on a high note. There is quite a lot of violence. The title should probably forewarn you of that. But despite being gruesome I never thought it became gratuitous or overly graphic. It certainly could have been and I don’t think the book would have been improved by it. Giammatteo walks a dangerously thin line on this one, but never steps off it in my opinion.

Definitely if you are a fan of The Godfather (especially the second one), Goodfellas, or Donnie Brasco you should race out and pick this book up. You’ll feel right at home.