Some might know that I’m trying to clear the short stories, novelettes and novellas less than 100 pages off my To-Be-Read shelves. I started with the shortest and am working my way up to the longest (99 pages). Below are those between 60 & 69 pages in length.

Like a Fox, by Celia Kyle: Basically just one long sex scene. Better than a lot of erotica, but it is what it is.

Playing with Shadows, by Sasha L. Miller: It felt a little shallow, but not under-developed. Had a pleasantly creepy vibe and was well-written. Had very little romance that I honestly thought was surplus to requirements.

The Bridge, by Kay Bratt: Very sweet story. The writing was fairly straight forward, bordering on simple and there were a few jarring POV slips, but mostly it was a sweet (if cloying) tale.

Dark Soul Vol. 1, by Aleksandr Voinov: Hot damn, that was a scorcher! I put this off thinking it would be off-puttingly violent/erotic (if you know what I mean), which often feels artificial and gratuitous to me, but I think it tread that edge well. I love how intrigued but confused Stefano is and appreciated his love of his wife. I usually don’t like wives in m/m because I don’t like to see them get cheated on, but this one didn’t raise my heckles (not yet at least). I preferred the first episode to the second and would be well up for reading more. Voinov’s voice is marvelous.

Twice in a Lifetime, by Jennifer Jakes: OK but it wasn’t a real winner for me. I don’t think the logistics of the plot really hung together. I understood the author’s intent, but it wasn’t quite accomplished. Plus, the whole thing seemed like an extreme response to a minor problem.

Delicate, by C.K. Farrell: There were things I appreciated–the over forty, voluptuous sex vixen, the preference for pubes over prepubescent baldness, and such–but I thought the story self-indulgent in its word choice (coincidentally one of the same criticisms the writer in the story receives) and I never really found anything to like in the story itself.

Alabaster Nights, by Elle J. Rossi: Standard vampire meets his mate, insta-love ensues PNR. Not bad, but nothing special. Plus, it’s a prequel to a series so it ends before the actual story really gets going.

Flight Risk, by L.A. Witt: A pleasant enough stand-alone novelette, but I felt like it was all blown out of proportion. The two were talking and acting like they had to make forever decisions after one night together. I also thought it got a bit repetitive toward the end.

Cops, Cakes, and Coffee, by Sara York: OMG, so bad! Rushed, insta-love, insta-relationsip, painfully saccharin and artificially, cloyingly sweet. No development. No build-up. No character development. Even for a novelette it’s no good. I literally made so many gagging noises while reading it that my partner asked if I was ok.

Shepherd, Slave, and Vow, by Lyn Gala: Really quite enjoyable and well written. It did go from enemies to lovers awfully fast and from lovers to life-mates even faster, but a fun read. 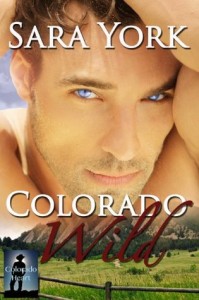